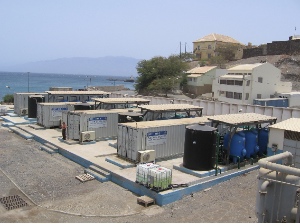 The market for water-related public-private partnership projects is forecast to almost triple between 2016 and 2020, according to a new analysis by Bluefield Research.

This growth will be the result of $58 billion or more of new investment through 2020, analysts say. An estimated 80 percent is expected to be spent on new seawater desalination and wastewater treatment plants within the next five years, according to the report.

What Are Public-Private Partnerships?

There is not a single widely accepted definition of a public-private partnership, according to the World Bank, which says it generally is:

[A] long-term contract between a private party and a government entity, for providing a public asset or service, in which the private party bears significant risk and management responsibility, and remuneration is linked to performance.

Under its definition, service contracts, turnkey construction contracts, and some other types of public procurement projects are not included. Also excluded are utility privatization projects. Some legal experts have called it a collaborative form of nontraditional procurement.

PPPs Are Used for What Kind of Water Projects?

A wide range of water projects are possible with PPPs, including desalination facilities. Projects are not limited based on size, nor are they limited to new construction. PPPs can be used to refurbish existing water treatment plants. Projects designed on the Build-Operate-Transfer (BOT) and Design-Build-Operate (DBO) models are examples of such possible water projects.

There are numerous factors increasing governments’ reliance on public-private partnership funding mechanisms. These include much lower oil and commodity prices, low water tariffs, and a need to address issues such as groundwater overdrafts and untreated wastewater.

Growth of PPPs Expands Across Globe

Bluefield Research says continued public-private partnership investments will continue in nations including China and Brazil, which have embraced the funding model. Additional growth is expected as the result of a “resurgence” in countries where such projects have stalled, including Indonesia, the Philippines, Mexico and Egypt, as well as public-private investments in new markets such as Peru, the Gulf states, Vietnam, and the United States.

Such projects aren’t limited to those just those countries. Many other governments have recently started or completed the process. The government of Mauritius, for example, is working with the World Bank on a decades-long water security project to be completed through some sort of public-private partnership. In February 2016, the Canadian city of Saint John, New Brunswick, closed on a C$216 million public-private deal to refurbish its water treatment system and replace 20 kilometers of its drinking water distribution infrastructure.

Particularly in emerging markets, led by China, municipalities are hard pressed to match the financial capacity and operational expertise that the private sector can provide. […] National governments aim to de-risk their water sectors for private investment with new PPP laws and more attractive contract tenders, while preserving long-term control over assets.

Government bodies worldwide face increasing pressure to provide an array of water-related services — including treatment and distribution — with fewer and fewer resources.

One means of spanning that divide and delivering solutions to communities is through PPPs.

An array of private and semi-private firms, says the Bluefield analysts, “are responding to new tender opportunities for PPP contracts.” It considers the current market to be “in transition” as new companies become involved in these types of financial arrangements.

Many players turned their backs on PPP opportunities during the recent recession because of their capital intensity, while they deleveraged and reviewed their value chain positions overall. […] This market shakeout has left a field of players with clearer strategies to navigate continued macroeconomic uncertainty and address new opportunities.