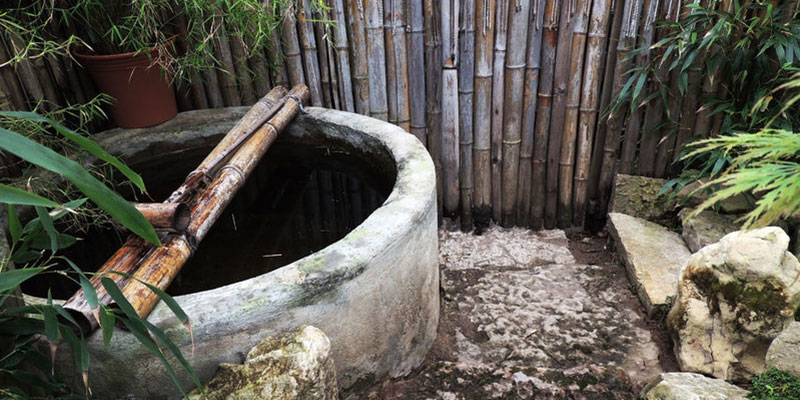 Arsenic occurs naturally in groundwater worldwide, including in the drinking water supplies in parts of Japan.

Arsenic, a metalloid element, is found in many naturally occurring compounds. In its inorganic form, arsenic is toxic.

Arsenic occurs naturally in some groundwater supplies worldwide, including in the drinking water supplies in parts of Taiwan, Japan, Bangladesh, and western South America. This is causing health problems, according to the American Cancer Society. Albuquerque, New Mexico, is the only urban area in the United States with substantial natural arsenic levels in drinking water, but it also is a problem in some areas that rely on well water, such as parts of Maine.

In some areas, groundwater is tainted by industrial arsenic sources. It has been used in the manufacture of glass, pigments, textiles, paper, and ammunition, and also has been found in small quantities in pesticides, feed additives, and pharmaceutical compounds.

Arsenic is odorless and tasteless, but with prolonged exposure, it can cause a range of potentially serious health problems.

In regions of India and Bangladesh where groundwater was contaminated with arsenic, residents suffered well into the 1990s from arsenic poisoning and cancer, as well as skin disease. Some of the first symptoms of prolonged exposure include changes in skin color and the emergence of lesions. Other human health consequences from long-term arsenic exposure include developmental problems, cardiovascular disease, neurotoxicity, diabetes, and bladder and lung cancer.

In the U.S., public drinking water supplies have a maximum allowable level of arsenic is 10 mcg/L, or 10 parts per billion. The standard, which is the same as the World Health Organization’s, was adopted by the U.S. Environmental Protection Agency in January 2001, replacing the previous standard of 50 parts per billion, which went into effect in January 2006.

The Natural Resources Defense Council, an environmental advocacy group, notes that the problem is acute in Puerto Rico, where 99.5% of the population is served by water systems that violate the federal standards. The organization said public water supplies throughout the nation are suffering from:

[…] poor enforcement by states and territorial governments and the EPA, under-reporting of violations, and frankly, weaknesses in drinking water standards for contaminant like arsenic and lead.

According to the WHO, the most effective preventative is providing communities with safe water supplies. Even water used for irrigating food crops must be arsenic-free to prevent exposure. But in areas with arsenic-tainted groundwater, water scarcity may make it a challenge to move to other water sources.

Water treatment is another effective option. Some strategies for arsenic removal use chemical and physical processes in combination. Coagulation, filtration, chemical precipitation, and ion exchange are commonly used, but most of these are expensive and resource-intensive, and require skilled technicians to operate the equipment.

The most common and effective approach for arsenic removal is the use of iron-based adsorptive media. A 2014 assessment found 80% of U.S. utilities that remove arsenic from drinking water did so with adsorptive media such as iron hydroxide-based media. One iron hydroxide-based media, VSN-33, was designed to help reach the newest WHO requirements. Its high capacity makes it appropriate as a single-use product, and its strong affinity for arsenic allows it to maintain a strong bond to the removed arsenic, allowing easier and safer disposal.

Arsenic drinking water contamination remains a problem worldwide, which prompted the United Nations to propose adding arsenic-free water supplies to the 2030 Agenda for Sustainable Development. The WHO/UNICEF Joint Monitoring Programme for Water Supply and Sanitation would monitor the contaminant under its charge for ensuring “safely managed drinking water services.”