How Much Energy Exists in Wastewater? 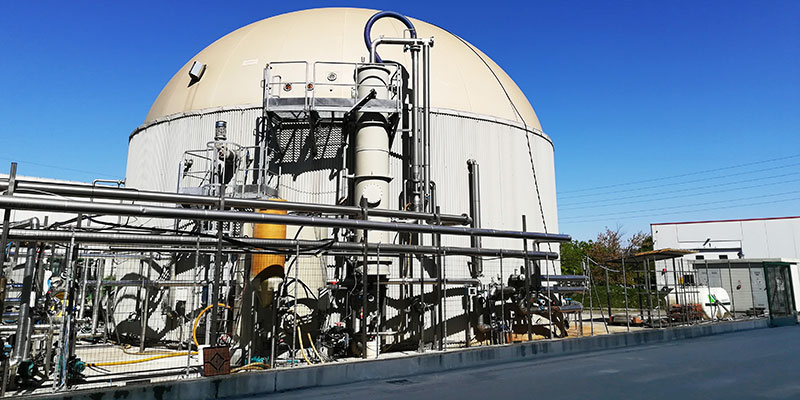 Through technologies like anaerobic digestion, wastewater treatment plants can make use of wastewater’s latent energy.

Depending on the source, enough energy can be recovered from wastewater to power the process, often with some left over

Humanity creates about 380 billion liters of wastewater annually, with Asia the largest contributor and North America and Europe producing large amounts as well. That’s five times more water than goes over Niagara Falls each year, and the volume is expected to increase 24% by 2030 and 51% by 2050. Conventional treatment of wastewater requires a great deal of energy, but fortunately, wastewater contains approximately five times more energy than it takes to treat it, and the technology to do so is readily available.

How much energy is waiting to be reclaimed from wastewater? Enough to generate electricity for 158 million households, the number of households in the United States and Mexico combined.

The American Biogas Council estimates roughly 80% of the latent energy in wastewater is thermal, 20% is chemical, and less than 1% of the potential exists in hydraulic generation. Largely, the energy recovered from wastewater as biogas produced by anaerobic digestion is one of the most robust and valuable resource streams that routinely go unexploited by industry in the U.S.

Biogas contains about 70% methane, but yields depend on the concentration of putrescible (digestible) feedstock in the source water. In the U.S., 2,200 sites already use anaerobic digesters to produce biogas, including 250 farms, 1,269 wastewater treatment plants, 66 standalone operations, and 652 projects on landfills. There are more than 10,000 digesters in Europe, with some communities using them to virtually break free from fossil fuels altogether.

An industry assessment involving the U.S. Department of Agriculture, the Environmental Protection Agency, and the Department of Energy, as well as data from the American Biogas Council, states that the U.S. has 13,000 sites that could be fitted with biogas recovery systems. Developing these sites could:

What would happen if more organizations produced as much or more power than they consumed? If $4.8 billion were invested in energy-recovery technologies for the 100 largest wastewater treatment facilities in the U.S., the plants could offset 17% of the energy use in the nation’s wastewater industry, according to American Biogas Council estimates.

In addition to producing clean water and energy, adding waste-to-energy technologies to wastewater treatment plants creates other benefits for the environment, such as reducing greenhouse gas emissions and promoting carbon sequestration. It also could create new jobs.

Some examples of wastewater energy recovery in action are:

Energy Recovery Around the World

The world is now working toward the United Nations Sustainable Development Goals (SDGs), including SDG 6.3, which has a target of cutting untreated wastewater in half, and increasing recycling and safe reuse around the world by 2030. In Europe, the city of Aarhus, Denmark, is now operating what is purported to be the first energy neutral wastewater treatment facility in the world. The plant, operated by Aarhus Water, serves 200,000 local residents, producing both electricity and thermal heat, 40% more power than needed for its operations. The 2.5 GW of thermal heat it generates is used by the city’s district heating system.

The energy potential within wastewater is waiting to be fully exploited using proven technologies such as anaerobic digestion. Adopting them can help organizations create reliable, renewable energy and become net-zero energy consumers. There also is the potential to create a new revenue stream from selling surplus energy.

There is a need to facilitate and expedite implementation of resource recovery innovations particularly in low- and middle-income countries where most municipal wastewater still goes into the environment untreated. This concerns mainly the growing small and medium-size towns where agricultural land is still in proximity but also urban agricultural areas around larger cities.

As water is becoming scarcer in the age of climate change, decentralized treatment (located adjacent to the point of need and supply) is finding vastly expanded markets on the small and medium scales. The energy recovered can power the treatment process and even lead to a positive revenue flow.

Fluence offers a wide range of anaerobic digestion solutions for waste-to-energy conversion, drawing from its three decades of experience across a wide range of industries and applications. Contact our experts to learn more about options that can optimize resource recovery for your operation.