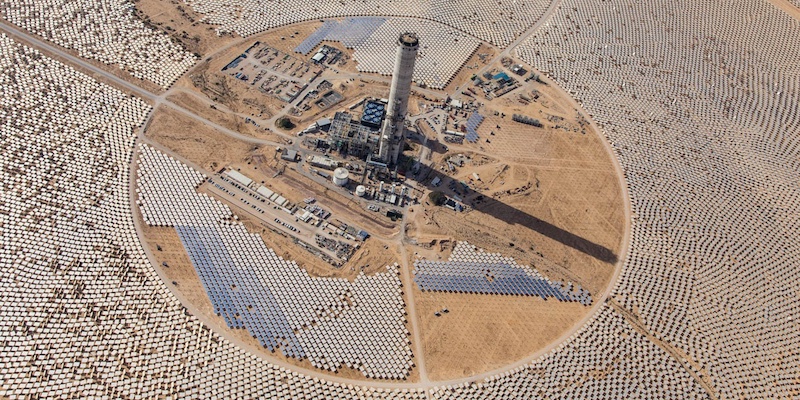 Water reuse is growing, including in industrial settings. Reverse osmosis allows the Ashalim solar power plant in Israel to reuse treated blowdown water as make-up water and as ultrapure water for boiler use.

The publication Water. desalination + reuse recently surveyed a diverse pool of 347 industry professionals from around the world on the factors driving market development in water reuse.

The report for the survey, “Water Reuse: Drivers, Innovations and Public Perceptions,” covers many familiar themes, but the results offer some new insight by ranking concerns and quantifying market drivers by order of perceived importance from within the industry.

The subject areas covered were drivers of water reuse and barriers to it, as well as innovation, public perception, technology, and market outlook. The results show that professionals on all continents surveyed are optimistic, overall anticipating growth of 30% by mid-2018.

Respondents around the world expressed strong confidence in water reuse revenue gains, but professionals in Asia-Pacific and Mideast Africa were more bullish than their counterparts in the Americas and Europe.

Across the board, they rated water scarcity and water cost as the main factors driving growth in water reuse. Professionals across the board reported gains in 2017. The proportion of revenues from reuse in the year through mid-2017 came in between 21% to 29%, with strongest reports coming in from Asia Pacific. The Americas came in a close second, with the Middle East and Africa following closely behind, and Europe bringing up the rear.

Public perception of reuse remained an obstacle, especially in the case of direct potable reuse, but none of the obstructions mentioned in the survey dampened the general optimism about market outlook. Asia Pacific and the Middle East and Africa were the most positive.

Uniformly, respondents were interested in the development of new water treatment technologies, even while they conceded that bringing new tech to market can be a challenge.

Those taking part in the survey ranked the effectiveness of eight types of technology that can be applied to reuse. Unsurprisingly, reverse osmosis was at the top of the list, scoring 8 of 10 points. The score was bolstered by the responses of those working in the Americas, who rated RO at 8.11, and those in Asia Pacific, who gave it a score of 8.05.

The recycling of municipal wastewater may be what many people think of when they hear “water reuse,” but industrial water reuse is becoming more and more common.

One example of an industrial reuse project is the Ashalim concentrated solar power (CSP) plant in Israel’s Negev Desert, which uses a field of mirrors to reflect and concentrate sunlight on a boiler tower. The heat generated is stored in molten salt and piped to underground reservoirs. When retrieved, it’s used to run steam turbines, allowing power generation to continue even after the sun has gone down.

One water treatment challenge for the Ashalim plant was a need for make-up water for the cooling system and ultrapure water for the boiler system in an area where fresh water is scarce. It was also necessary to reduce the amount of brackish water wasted by disposing of it in evaporation ponds.

A containerized Nirobox from Fluence was installed. It uses two-pass RO to treat the plant’s wastewater, producing water suitable for the plant’s cooling needs and its boiler. Ashalim was able to cut consumption of fresh water by half and reduce effluent discharge by 80%.

As mentioned above, the study’s respondents believe water scarcity is one of the main reasons water reuse will grow in the future. While some areas, particularly Europe and the U.S., are resistant to the idea of direct potable reuse, it’s clear that reusing water in other ways — for example, crop irrigation and street cleaning — can help preserve ever more precious natural sources of fresh water.