What Is the Circular Economy? 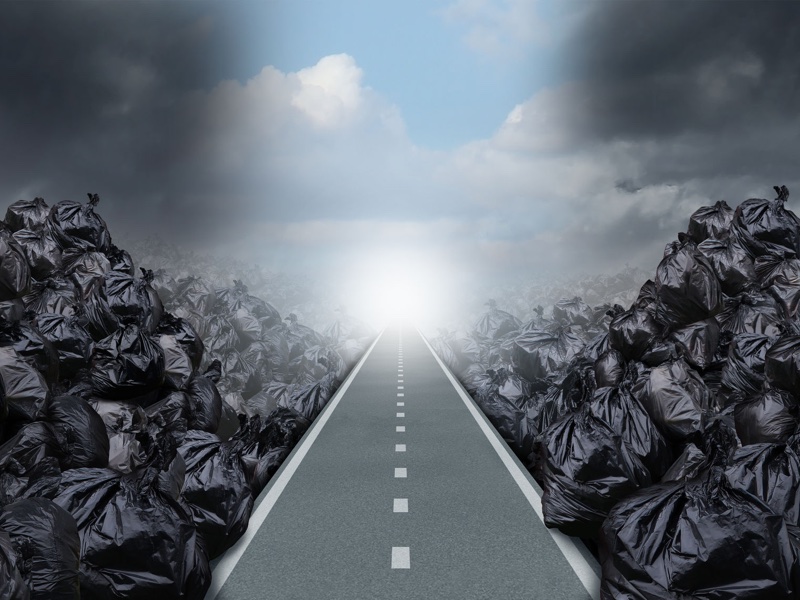 The circular economy isn’t just a complex form of recycling; it’s a paradigm that avoids waste in the first place, from redesigning the lifecycle of products to reusing wastewater.

In contrast to today’s “take-make-waste” industrial model, the circular economy produces economic growth without depleting nonrenewable resources by eliminating waste at all stages of a product’s lifecycle. The model creates significant benefits for society by eliminating pollution and allowing natural systems to recover. Although the term often is used in the context of products or goods, it can also be applied to commodities like water. It’s a concept that’s gaining traction worldwide.

The European Commission has instituted a Circular Economy Action Plan that increases the recycling rate target for packaging waste 70% by 2030. For municipal waste, the target is 65% by 2035.

Even with such goals, the World Economic Forum (WEF) cautions that the circular economy is really not about recycling. If a product reaches the recycling stage, the WEF sees it as a failure. In this construction, recycling is linear, not circular, and only enables the current wasteful model. The WEF emphasizes that the recycling stage should be circumvented “at all costs” and that abandonment of waste-based activities should be the “sole objective.”

Yet the WEF acknowledges that the world needs to continue recycling indefinitely, considering the amount of waste that exists now and that will in the future. The World Bank estimates that without fast action, waste will grow 70% worldwide by 2050 from urbanization and population growth. That’s 3.40 billion tons yearly, up dramatically from the current 2.01 billion tons.

Although the historical origins of the circular economy concept can’t be traced back to a single source, the modern iteration is based on ideas from the 1970s. These include philosophies such as regenerative design, Cradle to Cradle™ or closed-loop production, biomimicry, industrial ecology, and the blue economy. Interest in circular economy technologies continues to increase and includes a focus on reuse, recycling, and composting, as well as making waste-to-energy (WTE) and wastewater treatment solutions more efficient.

Several analyses have shown circular economy initiatives can reduce a company’s environmental footprint while saving money. For instance, closed-loop recycling of plastics alone could result in $3.5 billion in environmental savings.

One circular economy case study concerns the Belo Horizonte Computer Reconditioning Centre (CRC), a remanufacturing facility in Brazil, which allows low-income communities to gain technical expertise while restoring donated IT equipment. The refurbished technology equips more than 300 city-operated “digital inclusion sites,” where locals can use them.

The United Nations Environment Program asserts that more effective resource use could add $2 trillion to the global economy by 2050, roughly the GDP of Italy

Water and the Circular Economy

Water can be a durable, consumable good within a circular economy, making it a clear choice to embrace aggressive water reuse through closed-loop, zero-liquid-discharge (ZLD) systems in manufacturing. Hydroelectric plants already are realizing astronomical savings as they abandon once-through systems in favor of recirculation. Waste-to-energy and other resource recovery technologies like anaerobic digestion transform high organic load wastewater into energy and extract valuable substances such as lithium or struvite.

The U.N. acknowledges wastewater reuse is central to the circular economy, most commonly for agricultural irrigation, with an estimated 10% of irrigated land. But they caution that the practice raises health concerns when insufficiently treated wastewater introduces pathogens to water resources and crops, endangering the lives of millions.

Along with expertise in zero liquid discharge and waste-to-energy systems, Fluence has solutions that produce a safe, high-quality effluent that can play a role in your circular economy plan. Contact Fluence to discuss your next project with our experts.