What Is Pure Oxygen Aeration? 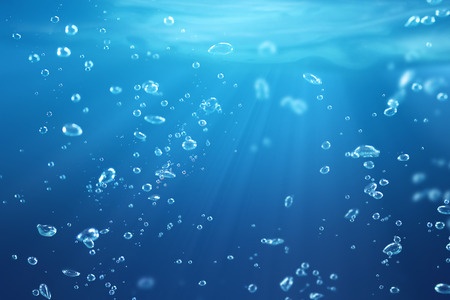 Aeration is a well-known process most of us understand and have experienced — who hasn’t blown bubbles through a straw into a liquid or seen water jet from a decorative fountain? But what is pure oxygen aeration?

Aeration is used to either mix, circulate, or dissolve air into a liquid or other substance.

The process is commonly used in wastewater treatment: Aerating mixers or diffusers expose sewage or dirty water to air. When air is added to water, it releases some of the gases present, such as carbon dioxide and hydrogen sulfide. This is particularly useful in the activated sludge treatment process, in which sludge and effluent are mixed together. The addition of air enables microorganisms to use available oxygen to break down dissolved or suspended organic materials.

There are limits to the capability of air-based aeration. This type of system can’t dissolve more than 25 percent of the available oxygen into the wastewater, so it continues to use energy even when it’s not needed. The biology of the wastewater changes over time, which also changes the oxygen demand from its peak. Systems may have several units operating to meet their system capacity needs, and taking individual aeration units on and off line is complicated.

High energy cost is one challenge commonly associated with using any type of aeration, which can be responsible for anywhere from 40 to 80 percent of a wastewater treatment plant’s energy demand. New technologies for providing pure oxygen aeration have reduced the total power demand by as much as 60 percent when compared to a conventional system. Additional reductions in power consumption can be made if a facility is located near an oxygen supply.

Saving energy isn’t the only benefit of using pure oxygen for aeration. Scientists from the Institute of Environmental Engineering and Management at the Witten Herdecke University in Witten Germany noted that the improved oxygen transfer rate reduces emissions, particularly of odors.

Praxair, a global supplier of industrial gases and applications technologies, said its In-Situ Oxygenation System is able to reduce volatile organic compound emissions, which may cause health problems, especially in high concentrations.

State-of-the-art pure oxygen aeration systems, with lower up-front costs, can provide an attractive total cost of ownership for those using the technology.