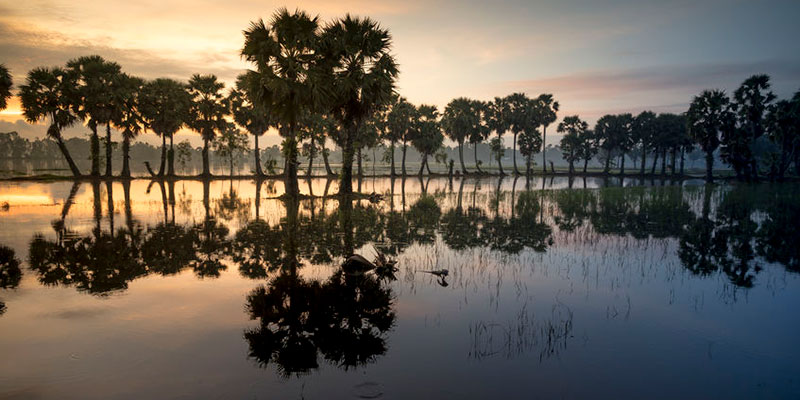 Wastewater in Vietnam’s cities is generally discharged untreated into common drainage systems and rivers, and middle and downstream sections of river basins have become contaminated.

As the country faces water scarcity, pollution has been cited in cancer deaths and other health problems

The International Water Resources Association places Vietnam in a group of nations facing water shortage, highlighting Vietnam’s low average per-person water use of 3,840 m³ (the global average is 4,000 m³). According to the Vietnam’s Ministry of Natural Resources and Environment, mean domestic water use is expected to decline by half by 2025. Environment and Health Ministry data show 9,000 Vietnamese citizens die annually from poor sanitation and degraded water quality, and approximately 200,000 Vietnamese have cancer associated with water pollution.

The World Health Organization (WHO) considers Vietnam a country with striking levels of water insecurity, especially in the countryside. A WHO study cited lack of access to clean water and sanitation as the reason 44% of Vietnamese children suffer from worm infections. And approximately 21% of Vietnamese citizens must drink water contaminated with arsenic. The report also blames population growth, poor public education on sanitation and hygiene, ineffective policy, and inadequate inter-agency cooperation.

Regardless of Vietnam’s ongoing environmental efforts, industrial and domestic wastewater pollution is common in and around major cities like Hanoi and Ho Chi Minh City, and 100% of wastewater samples collected in a recent survey from industrial areas exceeded allowable standards. Research agencies also predict soil contamination will increase 200-300% in 2020.

Wastewater in Vietnam’s cities is generally discharged untreated into common drainage systems and rivers, and middle and downstream sections of river basins have become contaminated. A recent study places blame on various factors, including:

Another government study found dangerously contaminated drinking water in 37 northern and central Vietnamese “cancer villages,” where tainted water is suspected as the cause of 1,136 cancer deaths in the past two decades, with hundreds more nearby. Researchers have found heavy bacteria concentrations and an array of chemicals and contaminants such as benzene, arsenic, iron, aluminum, and the heavy metal cadmium in the soil and groundwater.

In August, Prime Minister Nguyen Xuan Phuc responded to the issues with Directive 34/CT-TTg, which could help the nation turn the corner on management of its water resources. The directive calls for tight and uninterrupted monitoring of water sources, water production infrastructure, and clean water production.

For example, Phuc has directed the Ministry of Construction to pen a clean water management bill in the coming year and develop a public-private water management project that offers water-sector investment opportunities for companies, in part to break up certain regional water supply monopolies.

He also has tasked the Ministry of Agriculture and Rural Development with supervision of rural clean water delivery and dam and reservoir safety, and the Ministry of Natural Resources and Environment with reviewing progress on a water resource protection corridor decree. The environment ministry was directed to collaborate with other ministries and agencies to step up inspections and enforcement, and data sharing will be initiated between ministries, agencies, and companies.

Vietnam appears poised for a new era in water management and, therefore, stands to benefit from new water treatment technologies and models, as have other burgeoning Southeast Asian economies.

Contact Fluence to learn about the sustainable technologies and solutions to help you take control of your water future.