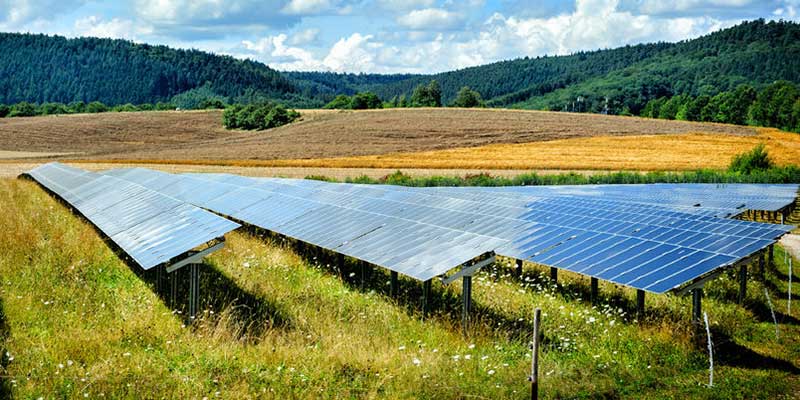 Increased efficiency in desalination will allow plants to be powered by off-grid power sources such as solar panels.

A new report by IDTechEx, “Desalination: Off Grid Zero Emission 2018-2028,” predicts exponential growth of off-grid, zero-emission desalination in the next decade. The report suggests the market will reach $35 billion by 2028, up from very little in 2018, with expansion expected to continue thereafter.

Dr. Peter Harrop, writing in Off Grid Energy Harvesting Journal, outlined the report’s findings and notes the shortcomings of desalination mega-plants. He predicted these shortcomings will spur growth in the market for small, decentralized, off-grid desalination.

Investment in large desalination plants on the grid typically has been highest in the Mideast, North Africa, and in California, but cost has always been an obstacle to desalination. Another has been air pollution from generating the electricity needed to run the plants, either from on-site generators or from the grid.

Large-scale desalination tends to be plagued with problems from power outages and monopoly pricing, and from underuse if dry conditions abate. And, there’s a growing awareness that such facilities could make tempting targets in conflicts, heightening security concerns.

Desalination Around the World

Desalination is currently gaining ground globally, but mostly in the form of large scale mega-plants. Harrop detailed some of desalination’s progress around the world:

The IDTechEx report details how both green electricity generation and hyper-efficient desalination will dovetail to overcome obstacles, leading to the creation of small, decentralized desalination plants that can exist off the grid, cleanly and cheaply powered only by the abundant forces of sky and sea.

A new generation of small-scale desalination solutions has been reaching the market in recent years. One such solution is the Fluence NIROBOX™, which is contained in a standard shipping container. The units, available for both seawater and brackish water desalination, are efficient, portable, plug-and-play, and can be installed in tandem to increase capacity.

In combination with a readily available photovoltaic array or wind-powered electrical system, such prepackaged desalination systems are suited for decentralized, off-grid applications that bring treatment to where it’s needed.

Innovations such as green power generation and increased desalination efficiency have the potential to remove the impediment of expense that has limited the spread of desalination to date.

By extension, decentralized, off-grid desalination has the potential to revolutionize economies in the developing world and in water-thirsty regions globally.