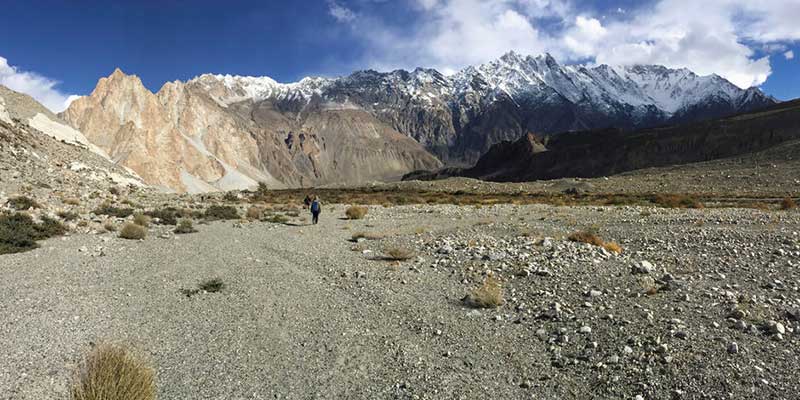 Drought, overdraft of aquifers, and water contamination all contribute to an ever-increasing water crisis in Pakistan.

40% of deaths in country are attributed to critical pollution problem

An estimated 40% of all deaths in Pakistan are caused by ingesting contaminated water — water filled with industrial waste, arsenic, diseases, and sewage. As recently as the late 1990s, Pakistan’s water supply was still drinkable, but today, to drink anything but filtered or bottled water is to risk disease and death.

Pakistan has long relied on the Indus Basin Aquifer, which is larger than Britain, but it has become contaminated with arsenic. Worse, it is on track to eventually run dry from increasing overuse.

One source estimates that each year 53,000 Pakistani children die of bacterial diarrhea from contaminated water. The main alternative is bottled water, which much of the population cannot afford. And, many of the major brands have been exposed as contaminated.

The lack of funding for desperately needed water infrastructure is so dire that one of Pakistan’s Supreme Court justices has taken it upon himself to start a crowd-funding campaign to build dams. But criticism is mounting that the plan is unfeasible because the lengthy process of raising the $12 billion in donations will make it impossible to reach even initial goals.

Unsafe drinking water, however, is only one facet of Pakistan’s water crisis. Experts suggest that by 2025, Pakistan may face a water shortfall of more than 30 million acre-feet, a serious threat to a nation where 70% of citizens depend on agriculture for their livelihoods, and where the sector contributes 26% of the nation’s gross domestic product.

The majority of farmland in Pakistan is irrigated, and 95% of the nation’s fresh water is used for irrigation. But the major dams that support much of the country’s agriculture have lost a great deal of their capacity due to silt buildup and are having problems delivering water required for the summer growing season.

In addition to the problems of increasing water stress from climate change, skyrocketing demand from a booming population, and inadequate infrastructure, many farmers still use the outdated and wasteful flood irrigation method, which actually produces lower crop yields than methods used in neighboring India and China.

What Can Be Done?

To mitigate drought, unpredictable rainfall, and floods, Pakistan is trying an ambitious reforestation campaign called the 10 Billion Tree Tsunami. But experts estimate that Pakistan will actually need 1.5-2 trillion trees to reverse deforestation, and some unfortunate choices of tree species may harm the ecosystem more than restore it. But, it will take more than replanting trees to save Pakistan from water scarcity.

In some sense, Pakistan is a cautionary tale of the perils of going large on water mega-infrastructure projects. Building a towering dam can be an impressive project, but more and more water managers around the world have been turning to more efficient forms of water storage such as aquifer recharge and water reuse.

Decentralized treatment holds a great deal of promise in countries like Pakistan. One idea is to place many smaller wastewater treatment units at ideal aquifer recharge locations. The units can treat wastewater and stormwater to the most stringent standards for indirect potable reuse or irrigation.

The Need for Water Management

Perhaps the most important key to water security is water management. Under current policies and practices, the government encourages farmers to plant water-intensive crops, and unlicensed drilling of water wells continues. As Fazlida Nabeel, Doctoral Researcher at the University of Sussex, writes in an article published at The Conversation:

[I]n Pakistan monitoring and management still happens in silos, with no particular institution taking responsibility for the conservation of the resource.