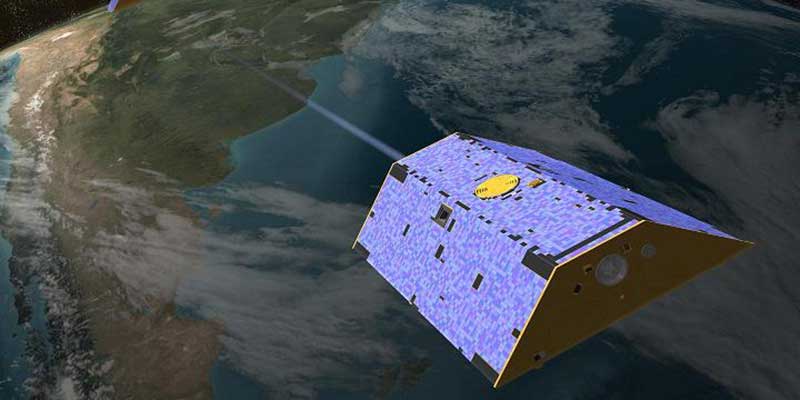 NASA’s GRACE consists of two satellites orbiting in tandem 137 miles (220 km) apart. By precisely measuring the distance between the two satellites, variations in the Earth’s gravitational field can be determined.

Accurate observation of the availability of fresh water is a valuable tool when it comes to forecasting global food supplies, health levels, energy supplies, and consequent social upheavals. But, tracking changes in the world’s hydrology has proven difficult with on-site measurement alone. The negatives include the cost of system installation and upkeep of instrumentation and networks, as well as limitations of the networks and problems sharing collected data.

GRACE is the first study of its kind to track global freshwater supplies over time with observational satellite data while distinguishing between changes due to natural climate variability and those caused by human activity. The team has drawn the dramatic and troubling conclusion that the earth’s wet regions are becoming wetter as its dry regions become drier.

The study suggests that this redistribution dynamic is caused by many factors, which likely include human water management operations, anthropogenic climate change, and Earth’s climatic cycles. Some regions historically experience stable supplies of fresh water while others are known for natural variations, but the new study has detected a significant, worldwide hydrological redistribution that is overcoming regional characteristics of the past. The availability of water in wet, upper latitudes and the tropics is continuing to increase, while the less wet regions between them are drying out, with many trouble spots appearing due to human depletion of aquifers.

GRACE data from the past decade found that 13 of Earth’s largest 37 aquifers were being depleted with virtually no recharge occurring. Eight were overstressed with negligible recharge, and five more were highly stressed and still being pumped, but with some recharge occurring. The biggest culprit for groundwater depletion was agriculture, and the depletion problem was amplified by drought conditions such as those observed in California in recent years.

Although water losses from melting ice sheets and glaciers are clearly the result of climate change, others will need more study on a longer timeline to confirm climate change as the cause. Even so, the pattern detected by the NASA GRACE study is predicted in the Intergovernmental Panel on Climate Change‘s late 21st century models.

The GRACE mission is being conducted jointly by the German Aerospace Center and the German Research Center for Geosciences, partnering with the University of Texas, Austin. The Jet Propulsion Laboratory was responsible for development of the GRACE spacecraft and now runs the mission on behalf of NASA’s Science Mission Directorate in Washington, D.C.

Initial GRACE data was collected by twin satellites that work in tandem to measure fluctuations in Earth gravity caused by water concentrations on the surface below, but the research team took the study beyond satellite observation to also look at groundwater withdrawals, agriculture, and precipitation data to explain the trends observed by GRACE.

The original twin GRACE satellites remained functional in orbit far longer than expected, extending the $140 million project into a decade of overtime. In 2017, battery failure finally ended the wildly successful mission, but a new pair of GRACE satellites will now be launched on SpaceX rockets to continue the work of the original twins.