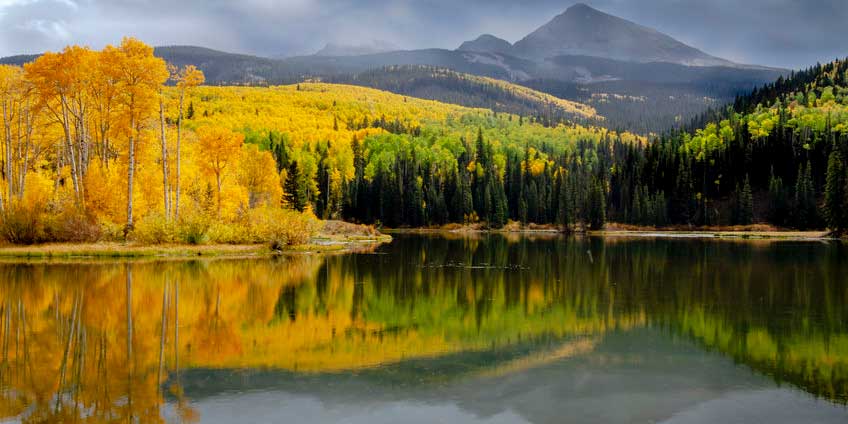 Researchers who discovered microplastics in Colorado rain found more particles in samples from urban areas, but they were also observed in high, mountainous locations.

Surprise discovery raises questions about how much plastic is present in rain, and how it got there

If all the recent news about global plastics pollution hasn’t been alarming enough, scientist Greg Wetherbee of the United States Geological Survey (USGS) recently — and unexpectedly — found plastic in the rain while researching an unrelated question. Although the rain samples were collected at eight locations in the Rocky Mountains and on Colorado’s Front Range in the metropolitan corridor between Boulder and Denver, the plastics could have come from just about anywhere.

“There are more questions than answers right now,” said Austin Baldwin, co-author of the study, entitled “It Is Raining Plastic.” When Wetherbee was looking for microscopic particles to determine the cause of nitrogen pollution observed in Rocky Mountain National Park, he filtered rain samples, collected in 2017, for coal or organic material that might reveal the source of the nitrogen. But then he got curious about what else might have been caught in the filters.

A Kaleidoscope of Microplastics

In 90% of the samples, the researchers found a multicolored assortment of plastics, seemingly representing every point on the color wheel. Although most were blue, many other colors were observed. In order of prevalence, the other colors were red, silver, purple, green, yellow, and more. “It was a serendipitous result. An opportune observation and finding,” Wetherbee said.

Visible at a magnification of 20-40x, the microplastics were mostly fibrous, possibly from clothing. Laundry dryer exhaust could have distributed them or they could have washed out in wastewater. Wastewater could have been reused for crop irrigation, and when the soil dried, the winds may have sent the fibers airborne in dust. But plastic shards and beads were also observed. Samples from urban areas netted more plastic particles, but the colorful array of plastics was also observed in high, mountainous locations inside Rocky Mountain National Park.

The researchers as yet have no idea where the particles come from. They could be local or could even be from faraway nations. Do they interfere with aquatic life and ecosystems? Although videos of large aquatic life tangled in plastic evoke the most emotion, the problem goes much deeper. The dangers of plastic fibers on the scale of human hairs are poorly understood, and very little science has been done on microplastics in rain. Perhaps the most significant unknown is how much of it is actually up there.

So far the researchers are at a loss as to how to estimate the plastic load of rain. The total mass of plastic particles wasn’t sufficient to weigh or even estimate with any accuracy, and there is no technology currently capable of doing so. While it could work to conduct a manual plastic count under a microscope and then multiply the observed particles per sample by an average particle mass, the researchers note it would be time consuming, costly, and have a large margin of error. New technology will be necessary to quantify the plastic load of rainwater.

The researchers see the next research questions as how much microplastic mass falls with rain and whether the problem is local or global. Wetherbee has announced that there is already an evaluation of winter microplastics deposition in progress from Montana to New Mexico. Although microplastic particles vary in shape, size, and composition, Baldwin does not expect the Colorado samples will turn out to be unusual once data starts coming in from other areas. Microplastics are likely falling in rain all over the world.