‘Megadrought’ Stalls Agriculture in Western US 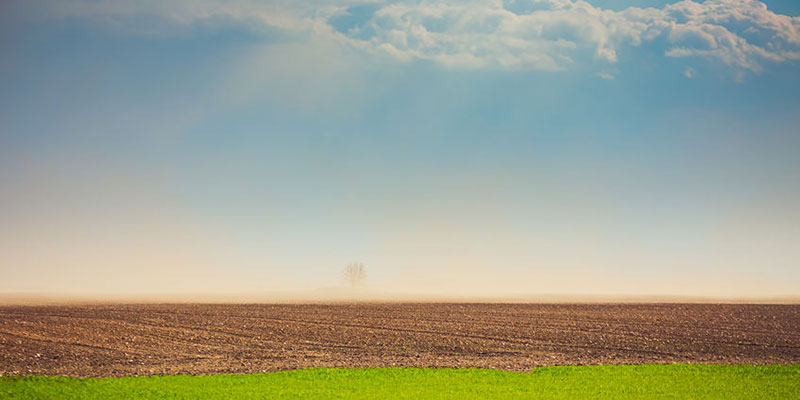 Extended dry conditions call for creative use of alternative water sources, including water reuse and desalination

This year, “megadrought” has thrown large swaths of the Southwestern United States into “exceptional drought” conditions, the most severe category on the U.S. Drought Monitor scale.

By mid-May, 84% of the West was in drought, 47% considered severe or extreme. River flows in the Colorado River system, which provides water for 40 million Americans in the seven states, are so low that the federal government may be forced to declare a water shortage, triggering automatic cuts to Nevada and Arizona’s water supplies in 2022.

Farmers who rely on Lake Mead irrigation water are scaling back planting by 25% due to water cuts, and most are expected to lose nearly all of their allotments by 2023. A dropping water line has been exposing parts of the Hoover Dam for the first time since its construction in the 1930s.

A third of the nation’s vegetables and two-thirds of its fruit and nuts originate in California, where Gov. Gavin Newsom in May delivered emergency drought orders for 41 counties. Near San Francisco, growers began to withdraw from farmer’s markets and stopped planting crops due to drought for the first time in 21 years. One farm reported access to only 5% of its usual water supply. Economists now worry that rising food prices may hamper the post-pandemic economic recovery.

Crop failures have been reported in Colorado and other areas, farmers along the Rio Grande in New Mexico have been urged not to plant, and Northwestern ranchers busy with disaster relief applications and wildfire vigilance have no time to think about their losses.

Meteorologists predict the conditions will continue all summer, and climatologists believe the drought is part of a long-term process in the West called “aridification,” which could continue for hundreds of years.

As the New York Times puts it, “It’s very bad.” Although there may be wet years, the long-term climate pattern out West is forcing us to make changes in the way we manage water.

To survive uncertain water conditions, new thinking is necessary. Many farmers are drilling for groundwater, aware that the unsustainable practice will buy little time. Every drop of water that can be derived from other sources takes pressure off stressed aquifers and surface water sources.

In the face of current drought and potential long-term aridification, using alternative water sources creatively can help farmers in the West overcome an uncertain water future. Contact the experts at Fluence for ideas on how to make every drop of water count for your agricultural operations.