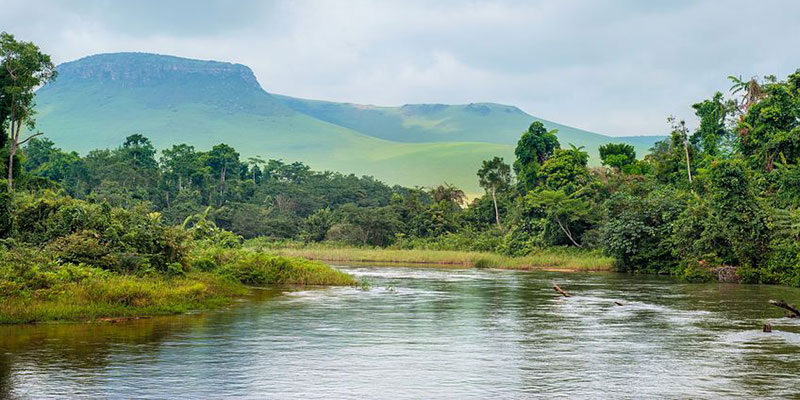 The Africa study found that although long-term average rainfall generally predicts groundwater recharge volumes, there also were significant variations based on geological factors.

Findings may be used to guide water management decisions, such as adoption of water reuse

When water is pumped from aquifers, it can be replaced either naturally or artificially through groundwater recharge. Natural recharge comes from the slow infiltration or percolation of precipitation or surface water, and artificial recharge increases the rate through human-controlled means. As people rely more and more on extracting groundwater, artificial recharge is becoming essential.

For the first time, scientists have mapped groundwater recharge in Africa with a continent-wide survey. While most rural Africans and many urbanites rely on groundwater, aquifer recharge rates have largely remained a mystery. The new research, however, is a tool to allow policymakers to gauge water resilience across the continent.

The research team quantified long-term average distributed groundwater recharge rates in Africa between 1970 and 2019 by statistically upscaling ground-based estimates. The researchers determined that long-term groundwater recharge on the continent is an estimated 15,000 km3 over a 10-year period. That makes the volume of water recharging Africa’s aquifers each decade equal to more than half of annual rainfall.

Recharge was found to take place even in arid and semiarid regions. The study found that although long-term average rainfall generally is predictive of groundwater recharge volumes, there also were significant variations.

While North African countries with scant rainfall like Algeria, Egypt, and Libya store impressive volumes of groundwater, their recharge rates are very slow, making them drought-resistant in the short-term but prone to depletion over a longer timeline.

Conversely, nations like Burundi, Côte d’Ivoire, and Liberia have less storage capacity in aquifers but more robust rainfall and recharge, making them more susceptible to short-term drought but more resilient against long-term depletion.

The study is the first ground-based estimate of groundwater storage renewability across Africa and can be a tool to verify global and continental hydrological models while establishing a baseline for estimating change in the future, as well as for making appropriate groundwater management decisions.

In any arid region, it no longer makes sense to simply use water once and then discharge it. Establishing water reuse programs is a road toward water security.

According to the United Nations Water Project, wastewater is both a challenge and opportunity. Untreated wastewater already is widely used for agricultural irrigation, but it is a challenge to identify uses that are both practical and don’t threaten the health of communities.

Treating wastewater for reuse makes it a safe source of water for a range of uses, including managed aquifer recharge (MAR), agricultural and horticultural irrigation, as well as direct potable reuse.

For example, in Namibia, the driest country in sub-Saharan Africa, the Windhoek plant, was established in 1968. It’s the oldest and longest running major direct potable reuse project in the world. Reuse of a community’s wastewater for agriculture can help take the burden off of aquifers. To eliminate the risks of reuse, water should be treated before use in agriculture.

Modular wastewater treatment units like Fluence’s Aspiral™ produce a high quality, irrigation-safe effluent that is proven to exceed tough regulatory frameworks such as California’s Title 22 and China’s Class 1A for agricultural use. These containerized, prepackaged units can establish treatment quickly with low CAPEX and OPEX, and financing packages are available.

Contact Fluence to learn more about protecting groundwater resources for the future.