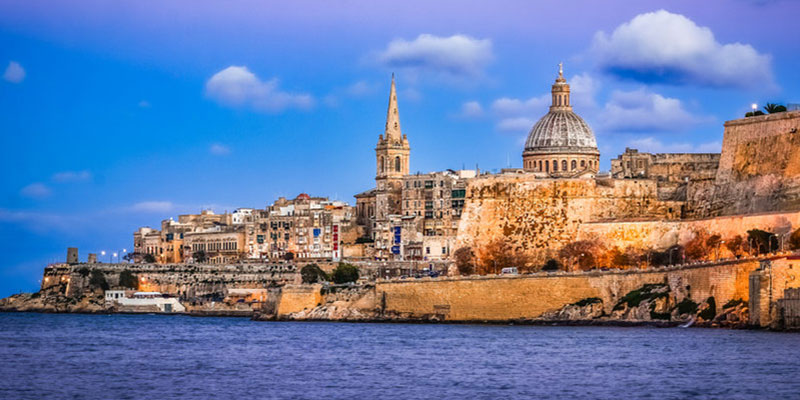 Malta, an arid island nation in the Mediterranean, is rapidly depleting its groundwater resources and facing saltwater intrusion of aquifers.

In a country that relies on seawater desalination, water reuse programs also are helping preserve aquifers

Although Malta is relatively small, it faces intense water scarcity challenges. It’s the most water-stressed European country and one of the top ten most water-scarce countries in the world. Scientists are now warning that by 2030, Malta will be categorized as a desert due to diminishing rainfall.

Why is Malta suffering from such water scarcity?

Dry conditions can lead to an overreliance on groundwater and depletion of aquifers. As a result, low groundwater volumes were once Malta’s main problem, but now deterioration of the quality of remaining groundwater is becoming problematic as well. About 60% of Malta’s fresh water comes from desalination plants, and the remaining 40% comes from groundwater sources, including 8,000 licensed, metered boreholes and thousands of illegal boreholes. Too much water is being withdrawn from the boreholes, and seawater is steadily making the groundwater more saline and less viable for domestic and agricultural use.

Malta is taking action to make the best of its water resources with initiatives like an extensive leak repair program. Scientists are hopeful that Malta can meet its food and energy security challenges through its wastewater reuse programs, increased awareness, alternative energy, rainwater harvesting, and a national strategic water policy.

Malta’s Energy and Water Agency serves more than just residents and farmers. Moving forward, any water management plan in Malta will have to protect water supplies for the precious natural ecosystems in the island.

To remove the burden from aquifers and to provide alternative water sources for domestic and agricultural water, the island has developed two wastewater reuse programs, one agricultural and one domestic.

The domestic reuse program hopes to reduce per capita consumption from 110 L/d to approximately 70 L/d through measures such as using shower water to flush toilets. In agriculture, the so-called “New Water” second-class water system is working toward the goal of producing 7 million m3/y of recycled water — about a third of agricultural need — with no negative effect on crops.

How can other islands and small island developing states (SIDS) follow Malta’s lead? While proximity to a coastline can put aquifers at risk of saline intrusion, it also presents an opportunity for desalination. In the past, the high cost of desalination limited adoption, but its efficiency has increased significantly in recent years, making the process much more viable.

Modular desalination plants now offer a plug-and-play solution that can be shipped and installed without years of planning and construction. In Costa Rica, for instance, a Fluence modular NIROBOX™ desalination plant provides ample fresh water for a luxury resort far from fresh water supplies without disturbing the natural aesthetics of the coastal setting.

While facing some of the toughest water challenges as Europe’s most water-stressed nation, Malta has maintained its powerhouse economy. Contact Fluence to discuss how to plan for prosperity despite environmental challenges.