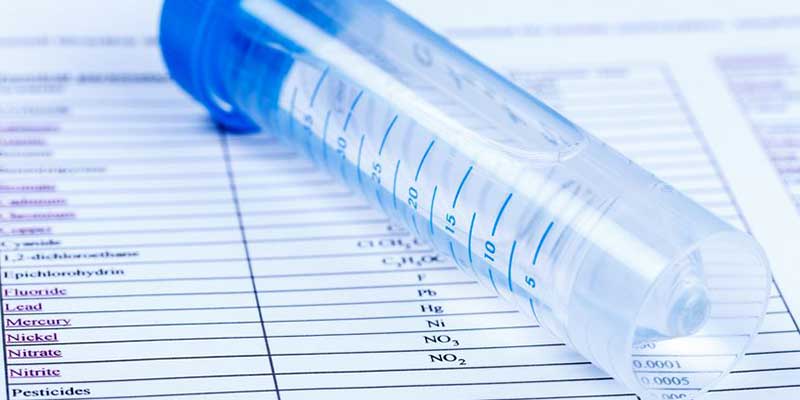 According to researchers, even water contaminated with heavy metals can be inexpensively cleaned with the aluminum oxide nanofilters.

Researchers at the University of New South Wales (UNSW) and the Royal Melbourne Institute of Technology (RMIT) in Australia have developed the technology for a potentially game-changing aluminum oxide nanofilter that can remove heavy metals from water in minutes. The filter is inexpensive, green, and proven to filter petroleum and lead from water “at unprecedented, ultra-fast rates.” The filter has shown potential to expand its application to other contaminants such as sulfates, phosphates, and mercury.

Researchers led by Dr. Kourosh Kalantar-zadeh of UNSW Sydney and Dr. Ali Zavabeti of RMIT in Melbourne conducted liquid metal-based synthesis of atom-thin sheets of boehmite (an aluminum oxide mineral) through the annealing process. The team found that by adding a piece of aluminum to a core of liquid gallium, thin layers of aluminum oxide form rapidly on the surface of the gallium.

The aluminum oxide sheets are highly porous, show great tensile and compressive strength, and are fit for removing heavy metal ions and oil from water at remarkable speed. The process further allows streamlined production of metal oxide morphologies that were difficult to achieve through standard processes.

Because the liquid metal solvent is completely reusable, the process is considered sustainable and environmentally friendly, and the thin boehmite sheets show promise for use as freestanding filters to remove oil and heavy metals in the global quest for clean water.

The aluminum oxide nanofilters also can be manufactured inexpensively from liquid metal gallium using very little energy because the process is done at ambient temperature. Previously, aluminum oxide production had to take place at high temperature or using other high-energy methods. Although gallium is expensive, it remains pure and can be reused indefinitely to produce the nanosheets.

The study’s author, Professor Kalantar-zadeh — an ARC Australian Laureate Fellowship awardee and professor at the UNSW School of Chemical Engineering — explained that heavy metals and lead have an exceptionally high affinity for aluminum oxide, and as water moves through billions of the aluminum oxide nanosheets, the lead ions attach to them. Even under constant use, the filtration method is safe because the water flow is unable to free the heavy metal ions from the aluminum oxide. Yet, even with these advanced qualities, Dr. Kalantar-zadeh asserted that the nanosheets could be made in a kitchen.

Because 10% of people around the world have no access to clean drinking water, Kalantar-zadeh envisions use of the nanosheet membranes particularly in Africa and Asia, where heavy metal ions exceed safe levels in many areas. Specifically, he envisions a simple flask into which users could simply pour contaminated water, wait two minutes for the water to move through the filter, and then have very clean potable water. Such products exist on the market, but the costs are much higher than a product that would use filters made of the new medium, which could be produced for as low as 10 cents.

To facilitate the spread of the technology, Kalantar-zadeh said:

We are publishing this concept and releasing it to the public domain, so people around the world can use the idea for free and implement it for enhancing the quality of their lives. […] This is all about a new paradigm. We haven’t even begun to explore how we can use liquid metals as a base for manufacturing things that are cheap, green and safe for humans.

The work was funded by the ARC Centre of Excellence in Future Low-Energy Electronics Technologies (FLEET).