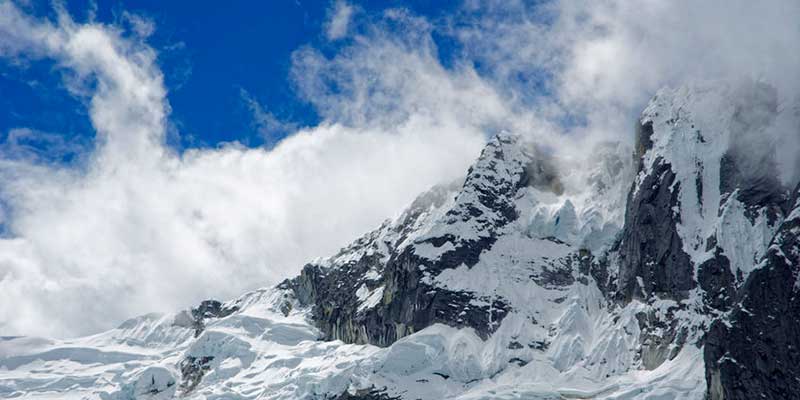 Peru’s glaciers are melting at an alarming rate. This carries the double risk of flash flooding and mudslides, as well the loss of a reliable water source.

The 10 million residents of Peru’s capital city of Lima are at constant risk of water shortage, and water stress is predicted to become critical by 2025. Lima is the world’s second-largest desert city, receiving less than an inch of rain per year and relying on three rivers for potable water.

Complicating water woes, climate change is melting Peru’s tropical glaciers at an “alarming rate.” This could produce flash flooding and mudslides that can’t be harnessed by any existing water storage infrastructure, and simultaneously lead to water shortage as the country loses reliable runoff from the shrinking glaciers.

Inequality in Price and Quality

Despite infrastructure improvements and upland watershed restoration, 1.5 million residents who live in homes without running water must rely on exorbitantly priced private water truck deliveries. Often, in addition to the high price, such deliveries are of untreated, unsanitary water collected from contaminated streams and ditches and stored in barrels where mosquitos lay their eggs. Users boil the unsanitary water, but the process of boiling adds even more to the high cost.

Middle class citizens with running water pay 1.3 sols (about US$0.25) per m3 to SEDAPAL, Lima’s water utility. The poor who don’t have running water pay 20 sols (about US$6.00) for the same amount of water from private water truck companies. SEDAPAL will not establish water service for customers who cannot produce a valid deed for their houses, a situation shared by most people without running water.

SEDAPAL now plans to respond to the worsening water shortage by investing almost $7 billion in water infrastructure. Some will be directed toward enhancing sewage treatment and tap water quality, and the balance will be directed toward larger-scale projects, like a desalination plant to the south of the city. Projects to store precipitation from the mountains also are in the works. Currently, available reservoirs can only store 10% of the water needed by the city.

One World Bank official, however, expressed uncertainty over whether the proposed measures are ambitious enough, based on concerns over the unpredictability of population growth and the severity of future climate change. The World Bank also points to another complicating factor in the looming water crisis: A recent study that focused on Lima residents with running water showed that the public overwhelmingly does not take the water crisis seriously.

In response, a campaign, “Culture of Water,” has been launched by the Peruvian Ministry of Housing, Construction and Sanitation; the World Bank’s Water and Sanitation Program; the Inter-American Development Bank; Japan International Cooperation Agency; the Swiss Agency for Development and Cooperation; and the RPP Radio Network. The campaign promotes efficient water use, encourages a realization that water tariffs are necessary, and raises environmental awareness in the target audience, ages 12-30.

SEDAPAL has begun seeking the help of NGOs to help protect watersheds. The utility is working with The Nature Conservancy and other groups on Aquafondo, a fund to finance stabilization of slopes, lagoon recovery, and reforestation in Lima’s watersheds. A portion of the revenue from SEDAPAL’s water income will be contributed to the fund’s projects to strengthen Lima’s resilience to future water shortages.

In 2014, the International Trade Administration listed water resources as a best prospect industry sector for Peru, citing then-President Kuczynski’s commitment to 100% potable water coverage by 2021. Contributing to this classification, the country’s administration delivered several responsive decrees in 2017, including the Framework Law for the Management and Provision of Sanitation Services, the initiation of the Safe Water Investment Fund (FIAS), promotion of public investment through the public-private partnership model, and the initiation of the National System of Multi-Annual Programming and Investment Management.

As Peru faces down climate change-associated water stress, investment in water infrastructure and watershed restoration is accelerating to meet the challenge.