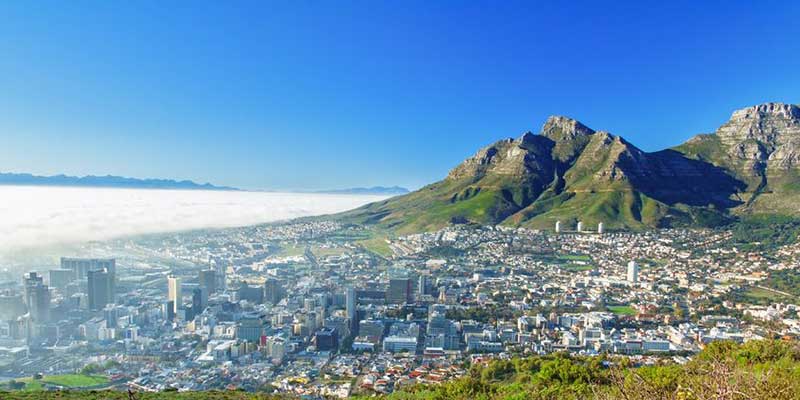 The South African city of Cape Town may have narrowly averted Day Zero — the day the taps would have run dry — but must look at more than climate change to avoid another such crisis.

Climate change a major factor, but waste, infrastructure problems, and planning must be examined

In early 2018, three years into an unprecedented drought, the South African city of Cape Town found itself facing the possibility that its water taps might simply run dry. Day Zero, the exact day on which that was predicted to happen, varied, but it was generally placed in March or April. The crisis was narrowly averted, but in the aftermath of austerity measures and expensive emergency infrastructure construction, some are suggesting some major takeaways.

While climate change probably contributed significantly to the drought and ensuing water crisis, from a public policy perspective, blaming it alone is neither a complete explanation nor a useful strategy. Pollution, infrastructure management, maintenance issues, waste, and excessive consumption have long burdened resources.

What can be done to prepare for the future? Gillian Maree, senior researcher at the Gauteng City-Region Observatory in Johannesburg, explained, “There are no short-term interventions three years into a major drought.”

Echoing the need for a proactive stance, Professor Coleen Vogel, Distinguished Professor in Climate change, Vulnerability and Adaptability at the Global Change Institute, said, “The concern is that we’re still reacting to a crisis. We need to change the focus of the country. Cities need drought plans.”

In a sense, the Day Zero scare served notice to both government and public that, like it or not, difficult infrastructure, leadership, and public challenges have forced themselves onto the agenda. One of the major leadership challenges ahead is the need to explain that not only is water currently undervalued, but that agricultural, public, business, and industry water habits will have to change significantly and permanently in order to achieve drought resilience.

Another major takeaway from the Cape Town Zero Day crisis is the importance of fostering political and public engagement in technical discussions regarding drought preparation and response. Without public engagement, the public may ignore or resist planners’ conclusions, which is validated by recent research.

A related lesson learned is the need for unified political, intellectual, civic, business, and administrative leadership. During the crisis, as leadership moved toward more inclusiveness and became more collaborative, response cohesiveness improved.

Inclusiveness must be kept in mind because often lower-income homes can’t afford the same water- and money-saving technologies that businesses and wealthy homes enjoy. Drought adaptation requires change at all scales, from construction of large scale infrastructure to habit changes in the populace.

The likelihood of a prolonged drought such as the one in Cape Town is extremely low, so the more years with low rainfall, the less likely it is that a drought will persist.

Many cities have built large desalination plants costing billions only for a drought to end abruptly, leaving taxpayers with a white elephant that is shut down, then maintained at great cost.

The strategy of decentralized water treatment places small- to mid-scale treatment facilities exactly where they’re needed to eliminate the need for extensive infrastructure. This adds a high degree of flexibility to water planning.

For instance, Fluence’s smart, packaged plants like NIROBOX™ for desalination and ASPIRAL™ for wastewater reuse are provided in shipping containers. They are fast to deploy, can be used in tandem to maximize scalability, and can be easily relocated or sold as needs change.