How Melting Glaciers Affect Us 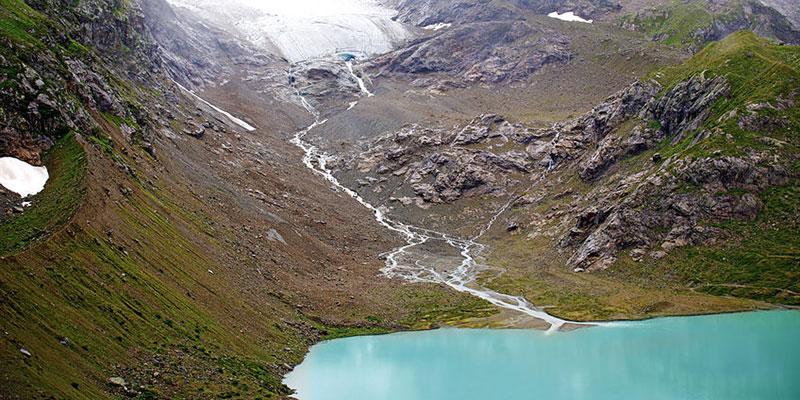 Switzerland, which has more glaciers than any other Alpine country, is quickly losing them. This could have important repercussions since the Swiss rely on them for power generation.

When their stored fresh water is released to the sea and atmosphere, it threatens agriculture, power generation, and drinking water supplies

Around the world, glaciers have been receding, both horizontally and vertically, at speeds never before observed. Some have even vanished. A study on New Zealand glaciers has shown that glacier retreat closely tracks atmospheric carbon dioxide levels, and as glaciers continue to melt, their loss will impact supplies of fresh water for drinking and a host of other human activities.

The Intergovernmental Panel on Climate Change (IPCC) estimates that by 2100, glaciers around the world — not including the Greenland and Antarctic ice sheets — will shrink 15% to 55% regardless of whether or not we keep global temperatures from increasing by 2 degrees C. If the climate warms much more than that, glaciers around the world could lose up to 85% of their volume.

Glaciers affect large numbers of people around the world:

We rely on glaciers as a form of natural water storage infrastructure. They take on water in winter and release it evenly during warm months. If most glaciers disappear, stream flows, the timing of peak stream flows, stream temperatures, and runoff volume will all change.

But if precipitation remains the same, does it really make a difference?

Yes. Glacial ice sequesters water in a way that prevents it from evaporating readily. Without glaciers, even if precipitation remains constant in high mountainous areas, that water will remain in liquid form, subject to quick evaporation and runoff.

One project, conceived by engineer Sonam Wangchuk, has created artificial glaciers in Ladakh, on the edge of the Himalayas in India’s Kashmir. These “ice stupas” slowly and steadily release water throughout the summer — water that would have rushed unused down streams and rivers to the sea.

Switzerland has more glaciers than any other country in the Alps. They drive hydropower generation throughout the range, accounting for 50% of the country’s electricity. But now the Alps are warming faster than the global trend, and Switzerland’s glaciers are expected to virtually disappear by 2090, taking all that energy with them.

But the cycle of glacial melting follows a predictable pattern. At first, the melting increases river flows, allowing hydropower facilities to produce even more electricity. In Switzerland, hydropower generation has grown 3-4% from 1980 levels. But Switzerland will have to pay the piper. Once a tipping point is reached, glacial volume becomes so small that meltwater begins to decrease, which will leave Swiss hydropower plants high and dry.

Switzerland hopes to make up for the shortfall with geothermal, solar, and wind power as it phases out nuclear power, a daunting task. To address the problem, Switzerland is building even more hydropower plants to take advantage of glacial meltwater as much as possible while flows are still heavy. It remains to be seen whether this will be adequate preparation for a future with neither glaciers nor nuclear power.

Making the Most of Water Supplies

Fluence is a global company that specializes in making the most of every drop of available water on any continent. Contact our experts to learn how to safeguard your supplies with cost-effective and sustainable water treatment solutions.