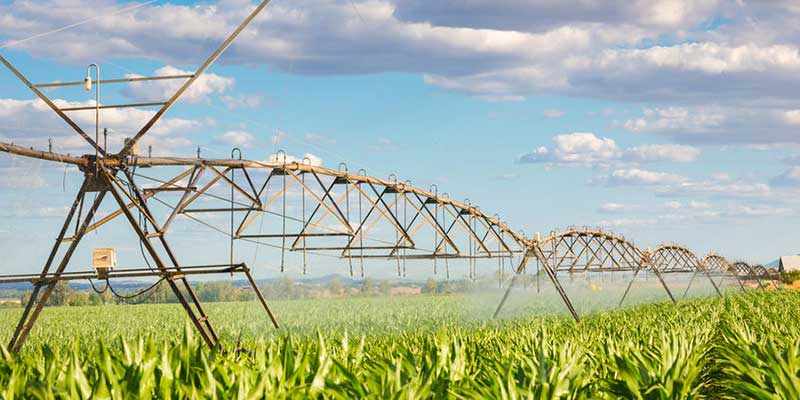 Agricultural overuse is one factor leading to depletion of aquifers, and the lower the water table, the more expensive and difficult it is to obtain water for irrigation.

Study’s computer model could be influential in future water management

A new study looking at a century of groundwater declines in the continental United States has concluded that overpumping water from aquifers is responsible for up to half of the river flow declines that now threaten economies and public health in many regions.

The study, funded by the U.S. Department of Energy, said these storage losses threaten water resources that economies depend on and profoundly alter the hydrology of affected areas, changing groundwater and surface water exchange dynamics and reducing the availability of surface water.

Some Western states like Arizona manage groundwater and surface water separately, but the current study gives a more holistic picture of their interconnectedness. One of the study’s authors, Laura Condon, said:

We’re trying to figure out how that groundwater depletion has actually reshaped our hydrologic landscape.

Condon is an assistant professor of hydrology and atmospheric sciences at University of Arizona. Although smaller reports and studies on groundwater depletion have been conducted before, the current study is notable for its large scale.

While the study encompassed most of the continental U.S., it focused on the effects of groundwater pumping in the Colorado and Mississippi river basins. Condon and co-author Reed Maxwell, from the Colorado School of Mines, used computer modeling to glimpse what U.S. surface water would have looked like had aquifers not been overdrawn. They then compared the results to condition since the 1950s, when excessive pumping from aquifers began.

We can do things with these model simulations that we can’t do in real life. We can ask, ‘What if we never pumped at all? What’s the difference?’

The exhaustive computer model the team developed uses a grid of 0.6-mile squares covering most of the continental U.S. — excluding coastal regions — mapping surface water and groundwater to a depth of 328 feet.

The team’s model showed that overpumping from aquifers dried up many small, groundwater-fed streams all over the country. Groundwater is used by plants, including crops, so a falling water table increases the expense and difficulty of agricultural irrigation, and can lead to the death of trees. Groundwater frequently takes longer to recover from losses than other components of hydrologic systems.

The study confirmed earlier studies that found that surface waters sustained the most damage from excessive groundwater pumping in the High Plains, including western Nebraska, eastern Colorado, and western Kansas. It also seems to support recent links discovered between Western wildfires and groundwater depletion in riparian forests.

The Condon and Maxwell model not only compares past, present, and hypothetical past situations, it is also predictive. Researchers hope the model will be used to manage groundwater sustainably in the future.