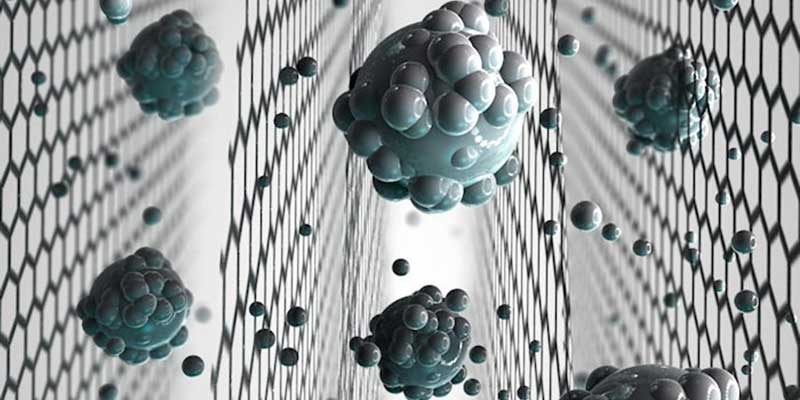 Not only do the graphene-oxide membranes allow the filtration of small salt molecules, but the pore size is tunable at an atomic level.

A new graphene-based material with a sievelike structure may prove to be an efficient, affordable material for desalination membranes.

Scientists from the University of Manchester’s National Graphene Institute developed the graphene oxide, according to the BBC. The material could help make small-scale desalination affordable, which may help those without access to clean drinking water. Water scarcity is projected to affect 14 percent of the world’s population by 2025, according to the United Nations.

Graphene-oxide membranes show great promise for aiding processes such as gas separation and water filtration; however, conventional graphene-based membranes are costly and difficult to produce. Instead of using chemical vapor deposition, a typical means of making a graphene membrane, the new method uses simple oxidation to make graphene oxide. The material is added to a substrate or porous material to make a membrane.

Before this work, teams at the National Graphene Institute had demonstrated the potential of graphene-oxide membranes for filtering out small nanoparticles, organic molecules, and large salts. But the material wasn’t useful in filtering common salts, a requirement of desalination.

To make it permeable, you need to drill small holes in the membrane. But if the hole size is larger than one nanometre, the salts go through that hole. You have to make a membrane with a very uniform less-than-one-nanometre hole size to make it useful for desalination. It is a really challenging job.

One challenge is that the graphene oxide membranes swelled slightly in water, which let the smaller salts flow through the pores with along with water molecules. Adding walls of epoxy resin on either side of the graphene oxide membrane stopped the swelling. This also let the University of Manchester researchers to tune the properties of the membrane more accurately allow less of the smaller, common salts to permeate the barrier.

When common salts are dissolved in water, a shell of water molecules forms around the salt molecules. Individual water molecules can pass effortlessly through the barrier, but sodium chloride cannot because of the protective shell, which is larger than the membrane barrier. This makes the material ideal for use in desalination, researchers said.

Dr. Nair explained to the BBC:

When the capillary size is around one nanometer, which is very close to the size of the water molecule, those molecules form a nice interconnected arrangement like a train. […] That makes the movement of water faster: if you push harder on one side, the molecules all move on the other side because of the hydrogen bonds between them. You can only get that situation if the channel size is very small.

Graphene is an attractive material due to properties including its size, flexibility, and strength. It also is mechanically and chemically stable. The two-dimensional material was first isolated in 2004 at the University of Manchester by professors Andre Geim and Kostya Novoselov. They won the 2010 Nobel Prize in Physics — among the many other awards — for this work.

With the added property of porosity, graphene is more permeable than conventional polymer membranes, which is why many research teams continue investigating new uses for it in wastewater treatment and desalination.

The process could be used to produce custom filtration membranes. Jijo Abraham, one of the authors of the paper, stated:

The developed membranes are not only useful for desalination, but the atomic scale tunability of the pore size also opens new opportunity to fabricate membranes with on-demand filtration capable of filtering out ions according to their sizes.

The new material is more scalable and affordable. The researchers trust the new method will eventually enable the construction of small-scale graphene-oxide membrane systems, which can be used in areas where large, conventional desalination facilities cannot be affordably constructed. They also expect the material can be mass-produced.

Ram Devanathan, a researcher at the United States Department of Energy’s Pacific Northwest National Laboratory, said in an accompanying review of the work that more work needed to be done to produce graphene oxide membranes inexpensively at industrial scales and to demonstrate its durability after continued exposure to seawater, as well as its imperviousness to fouling, which typically makes membrane-based water treatment expensive.

The next steps include evaluating the material against the performance of state-of-the-art desalination membranes that are available commercially.