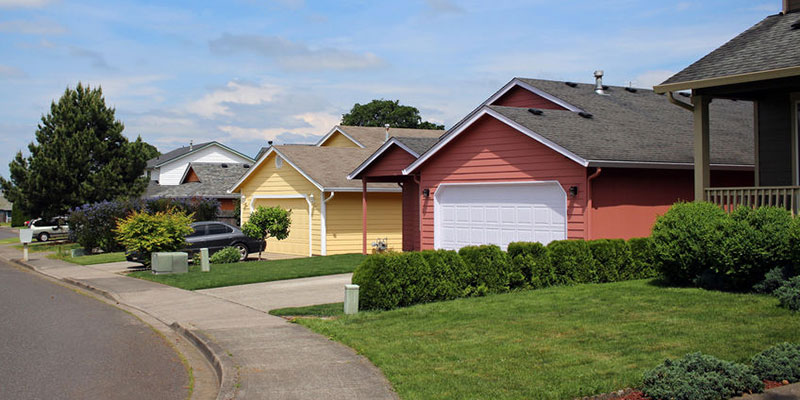 In all cities studied, some measures correlated with increased water use, including increased plant cover on larger lots, belonging to newer homes with greater assessed value.

Because factors such as lot size influence water use, city planners could encode sustainability into new developments

A new University of Arizona-led study demonstrates that built environment heavily influences water use of single-family residences in a given community. Major water-use factors included vegetation, density of housing, and lot size. Lead author Philip Stoker of the UA College of Architecture, Planning and Landscape Architecture, and the research team are confident that municipal planning and water management bodies can use their data in designing sustainable water use strategies. The study was published in the Journal of the American Planning Association.

[T]he way cities take shape — what the materials are made out of, what the land cover consists of, the arrangement of buildings and what kind of buildings are there.

The cities in the study were chosen with built environment figuring highly among the criteria. First, their primary residential areas were comprised largely of single-family homes. Those single-family homes also accounted for a large portion of overall municipal water use. They also were picked for the insights they might offer on climate change and rapid urban population growth impacts on home water use — the researchers warned of the dangers of neglecting to plan for the futures, particularly as populations explode in parched Western cities.

Water Use and Environmental Metrics

For example, the team accounted for an 85% difference in water use between Austin neighborhoods using only those five built environment metrics. In all cities studied, some measures correlated with increased water use, including increased plant cover on larger lots, belonging to newer homes with greater assessed value.

Vegetated areas correlated with higher water use more strongly than any other built-environment metric in drier metropolitan areas, with the most dramatic correlation noted in Salt Lake City. Every 1% increment in mean vegetated cover correlated to a 0.48% rise in yearly water demand and a 0.7% rise in summer use. Looking at measures predictive of water efficiency, every city but Salt Lake showed a correlation between increased housing density and lower water use.

The team had expected larger lot size to predict higher water use. In Austin and Portland, the expectation was borne out, but not in the other cities. Phoenix, in fact, showed the opposite, with larger lots correlating with lower water use.

The team went in with an expectation that newer housing with higher-efficiency appliances would correlate to lower water use, but the inverse turned out to be the case in Austin, Portland, and Salt Lake City, where for each 1% increase in the age of homes there was an estimated 0.31% decrease of yearly water use and an estimated 0.33% decrease in summer use.

Stoker is confident that municipal planning bodies and water managers will be able to use the team’s findings to alter building codes and develop zoning ordinances for greater water efficiency. A city’s water resources could be maximized by encouraging smaller lot sizes for single-family homes and by promoting more advantageous landscaping or xeriscaping. But, green spaces’ cooling effect on urban temperatures would have to be balanced with the water savings of less vegetative cover.

Contact Fluence, a leader in sustainable, decentralized treatment and water reuse, to make the most of every drop of your city’s water resources in a dryer, hotter future.