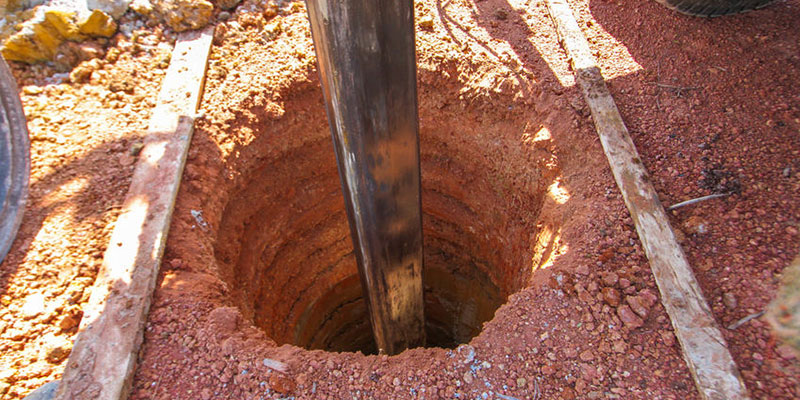 While digging deeper water wells may seem like a solution to groundwater depletion, the deeper that aquifer water is situated, the more likely it is to contain salt or other soil contaminants.

A recent study found that one in five water wells are at risk, but solutions like water reuse and desalination can help preserve endangered aquifers

A new study in the journal Science reports that up to 20% of groundwater wells around the world are in danger of running dry mainly due to overpumping and drought. That’s a concerning number because half of the world’s drinking water and agricultural irrigation water comes from groundwater — in fact, it’s the only source of drinking water for 2.5 billion people.

For the ambitious study, the University of California Santa Barbara research team of Scott Jasechko and Debra Perrone took five years to collect and analyze data on well locations, depths, expected uses, and dates of construction for almost 39 million wells in 40 countries.

Where there were gaps in reported data, the team relied on data from NASA’s satellite-based Gravity Recovery and Climate Experiment (GRACE). The findings suggest that up to 20% of the world’s water wells are only up to 16.4 feet (5 meters) deeper than their water tables. If drought, overuse, and inadequate aquifer recharge trends continue, millions of wells may soon run dry.

While drilling new wells comes to mind as a possible solution, the study found the fate of newer wells wasn’t much better than the old ones.

Can wells be drilled deeper? Although deeper wells may access more groundwater, aquifers tend to be brackish or saline in their depths and are more likely to be contaminated by other soil minerals. The cost of drilling and pumping from deep wells is also significantly higher than for shallower ones.

While climate change is expected to bring deeper and longer droughts, it is also expected to produce more floods. What if we can harness the flood water and save it for periods of drought? Unfortunately, most floodwater rushes quickly downriver to the sea before it can recharge aquifers. California water management, however, has been highly successful with aquifer recharge and groundwater banking. During times of heavy precipitation and snowmelt, excess water is diverted into percolation areas with porous soils, giving the water time to filter into aquifers.

Water reuse programs can also transform nontraditional water sources like wastewater and stormwater into high-quality effluent for nonpotable applications such as agricultural irrigation and toilet flushing.

Each drop of reused water is one that doesn’t have to be pumped from dangerously depleted aquifers. With highly efficient modular units like Fluence Aspiral™, domestic wastewater can be transformed into high-quality effluent for reuse, making it unnecessary to waste precious drinking water on flushing toilets and field irrigation.

Although brackish water is much less expensive to desalinate than seawater, aquifers that pass critical salinity levels have rarely been tapped due to the cost of desalination. But circumstances have changed in two critical ways. First, as the current study finds, natural aquifer recharge processes are no longer keeping up with human groundwater withdrawals. Second, desalination has undergone an efficiency revolution in the past 10 years.

With updated desalination technology lowering costs and the demand for groundwater quickly outstripping supply, the viability of brackish-water desalination has reached a turning point. Fluence’s NIROBOX™ line of modular desalination units has a specific model to economically desalinate brackish water.

The prediction that 20% of wells may soon run dry is a dire one, but Fluence has proven solutions to keep water resources viable in a drier future. Contact Fluence to learn more about transforming problematic wastewater streams and brackish aquifers into valuable water assets.