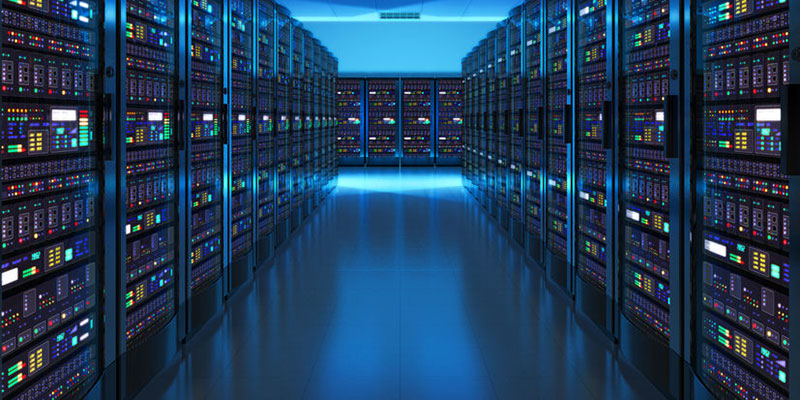 California has more than 800 data centers, and together, they use more than 100 billion gallons of water per year.

At a time when California’s scrutiny of water use is so intense that waiters are asked to refrain from serving water unless diners request it, the more than 100 billion gallons of water required by the state’s 800-plus data centers has remained largely unnoticed.

Agriculture, which uses 80% of California’s water, has largely overshadowed the tech industry. But the spotlight has finally turned toward the data centers that store and deliver everything from our next video streaming binge to our social media selfies.

Data centers have already made great efforts toward sustainability. So far, however, efforts have been focused on energy efficiency. But the air conditioning that cools the servers requires not just electrical power but a large amount of water, and that water usually comes from municipal water systems that are increasingly facing shortages.

Google, for one, has made great strides toward delivering more computing power per watt, and there is a great deal of so-called virtual water in electricity because water is used to generate it. So, Google promotes its energy efficiency as part of its water efficiency.

For now, water is cheaper than electrical power, and the prospect of server downtime has been a more powerful negative reinforcement for operators than the worry of overburdening water systems. Even though water efficiency has not always been front and center, data centers are now beginning to use strategies to shrink their water footprint such as shutting down cooling systems when ambient temperatures allow, harvesting rainwater, using water from canals and gray water when available, and drilling their own wells.

One new plant in Arizona, however, is planned to be water net-positive. Traditionally, data centers use evaporative cooling and the water vapor escapes into the air. But by using an air-cooled chiller with a compressor and condenser in a closed loop with no blowdown, the company announced its data center would not withdraw any water or discharge any wastewater into the sewer.

Although some companies have found ways to be more efficient, the fact remains that data centers are growing in size and number, sometimes in water-stressed areas that can ill afford to have a large water consumer move into the neighborhood. Placing data centers near large cities makes sense to increase the speed of server response, but some of those large population centers already are short on water. For instance, in Arizona, a member of the 1922 Colorado River Compact, a planned Google data center has been promised a million gallons daily from the heavily disputed waters of the Colorado River, with an increase to as much as 4 million gallons as benchmarks are met.

Even while climate change brings the threat of longer and deeper droughts, data centers are still going up everywhere as giants like Google, Amazon, and Microsoft enter the cloud-computing market.

Although the growth of data centers is slowing globally, by 2021 a total of 7.2 million data centers are expected to be operational around the globe. With water supplies going down, water prices going up, climate change exacerbating droughts, and social distancing increasing data usage, uncertainty reigns and data centers are working hard to reduce water requirements.

Wastewater recycling can increase water efficiency in data centers. To learn more about how your business can benefit from wastewater reuse, contact Fluence, a global company with three decades of experience in helping companies reuse industrial process water and even achieve zero liquid discharge (ZLD).