Study: Water Use in Concrete Production Higher Than Expected 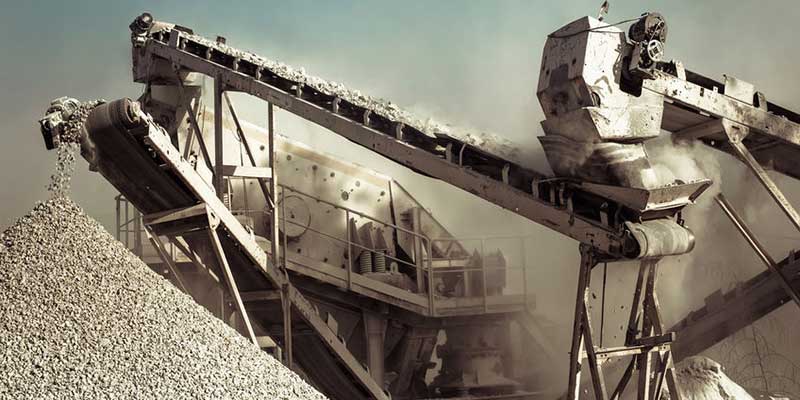 A recent study in Nature found that water usage associated with producing aggregates for use in concrete was notably higher than previously thought.

Although many environmental impacts of concrete production have been well studied, little research has been dedicated to just how much water it uses. But, a study published in the journal Nature seeks to quantify the impact of concrete production on global water withdrawals, and it makes some dramatic conclusions and predictions.

The authors, Sabbie A. Miller, Arpad Horvath, and Paulo J.M. Monteiro, established a 50-year historical trend of increasing use of concrete concurrent with increasing urbanization and industrialization, finding demand exceeding population growth. Figures from 2012 exemplify the scale of the issue: Water withdrawals for the concrete industry were 9% of all industry withdrawals and amounted to 1.7% of all global water withdrawals. The authors described the scale of the industry’s water use:

[…] Concrete production is responsible for consuming [16.6 km3] of water annually (based on 2012 concrete consumption values), equal to the annual domestic use of 145 million residents of the United States (based on 88 gal per day per capita).

The researchers also projected that by 2025, 75% of concrete production demand will arise in areas that already are predicted to be experiencing water stress. Existing strategies that may mitigate this water demand include better choices for electricity fuel mixes and better raw material processing, but these strategies may raise greenhouse gas (GHG) emissions beyond goal levels.

Water Management in the Concrete Industry

Water management is essential to the industry. Companies must withdraw less water from local aquifers and also be sure that effluents meet water discharge quality standards. The World Business Council for Sustainable Development Cement Sustainability Initiative has noted:

Companies have to first understand the site water flows and then manage the quantities of water withdrawn, as well as the quality of water released, with particular attention in water stressed areas. Following a risk-based approach, actions must be taken to offset the industry water footprint, particularly at local level, where individual facilities and activities can have implications for other water users in the area.

The article in Nature noted that every significant phase of concrete production involves water for cooling, including in emission control systems, and in slurry preparation. To address this, the industry has started to phase out wet-process kilns to make way for dry-process kilns, which are considered more efficient.

The study, however, found that usage associated with electricity and producing aggregates was notably higher than generally understood. Surprisingly, this research dispels a common misconception that water is primarily needed by the industry as a constituent of concrete, which means a current focus on batch water withdrawals may not lead to dramatic improvements since it accounts for only 13% of water used in concrete production.

The study also established a correlation between the level of concrete production and the level of water stress in a region, yet the strength of the causal relationship varies in relation to many considerations. Regional factors, including the total volume of concrete production, methods of manufacture, and water resource availability, account for variations in the correlation.

Areas with a high correlation of water stress to concrete production are the U.S., the Mideast, India, and China, while France, Germany and the United Kingdom will likely see less growth. Brazil and India, however, are expected to step up their concrete production by 80% and 90%, respectively, in the period between 2012 and 2050, likely further burdening their water resources.

Water uses in the industry include mixing and aggregate washing, as well as washing of equipment and trucks. Depending on the process, discharged water differs in temperature, acidity, and the amount of suspended solids, and may be unfit for discharge without treatment. Because the industry is so reliant on water, water recycling is common, with water often reused in production and for domestic use within the plant.

One strategy to make concrete production more sustainable is the use of carbon dioxide instead of water to cure concrete. Its production process recycles 60 to 80% of the water used.

Consideration of the water used to generate electricity has often been neglected in assessments, but the study showed that if wind power were used to generate electricity in concrete production powered by hydroelectric plants, water consumption for producing concrete could be cut by 25% and water withdrawal could be cut by 46%. The study found that natural gas thermal improvements were much less effective than previously thought.

Best-practice production of aggregate is also known to produce a 30% reduction of water consumption and 37% in withdrawal.

In light of increasing water scarcity worldwide, the findings may help provide new frameworks to mitigate water use by the industry. The study — “Impacts of booming concrete production on water resources worldwide” — was published in the journal Nature.