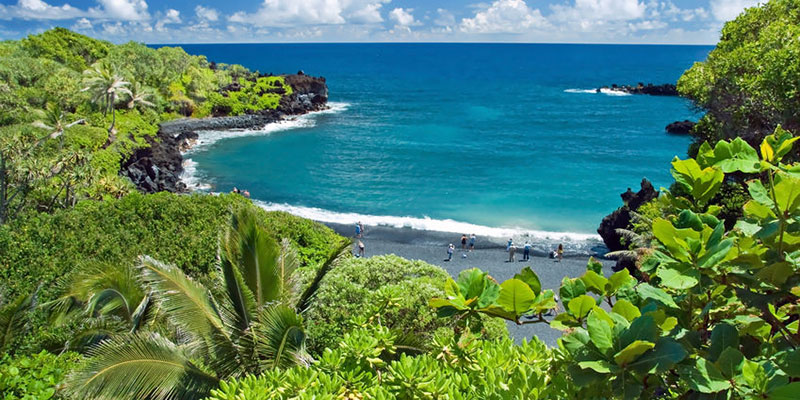 A wastewater treatment plant on the Hawaiian island of Maui was disposing of 4 million gallons of partially treated sewage into groundwater wells half a mile from the beach.

Some are calling it “the clean water case of the century.” It arose over a sewage treatment plant on Maui, in the Hawaiian Islands, that was disposing of 4 million gallons of partially treated sewage into the groundwater wells half a mile from the beach. A large percentage of the pollution found its way into the Pacific. The discharge certainly sparked controversy, but was it illegal?

When the case came before the U.S. Supreme Court, Maui County — supported by a Trump administration brief — argued that wastewater discharged into groundwater is not covered by the Clean Water Act, which requires that point source polluters apply for permits for “any addition of any pollutant to navigable waters” or risk daily fines of more than $50,000.

The county did not claim the wells weren’t point sources, but disputed whether the discharges were still accurately from the wells after having traveled through the non-point source groundwater in the aquifer.

The Hawaii Wildlife Fund countered that the Clean Water Act does not require that pollutants be delivered directly, but also covers wastewater discharges that “actually and foreseeably reach navigable surface waters.”

SCOTUS Deems Both Sides ‘Too Extreme’

The U.S. Supreme Court 6-3 majority opinion, however, rejected both arguments as too extreme. Turning to the county’s position, Justice Breyer asked:

Why could not the pipe’s owner, seeking to avoid the permit requirement, simply move the pipe back, perhaps only a few yards, so that the pollution must travel through at least some groundwater before reaching the sea?

The Ninth Circuit Court of Appeals earlier had sided with environmentalists, ruling the law applicable because the ocean pollution was “fairly traceable” to the wastewater treatment plant. Justice Breyer, however, asserted the approach was overbroad and could apply absurdly even to pollutants carried on bird feathers.

Instead, he wrote that courts should ask whether “the addition of the pollutants through groundwater is the functional equivalent of a direct discharge from the point source into navigable waters” and tossed the case back to the Ninth Circuit.

A Victory for Environmentalists

Even though the Supreme Court rejected both arguments, the decision was hailed as a victory by environmentalists. Had the county’s position prevailed, it would have allowed would-be polluters to circumvent the Clean Water Act entirely. Although the “fairly traceable” standard was rejected, the potential loophole in the Clean Water Act was effectively closed.

In calling for the narrower legal standard, the court cited the “power of modern science” to detect pollution in infinitesimal concentrations years after discharge. As the dilution of pollutants and the distance from the outfall to navigable waters increase, the less likely the law is to apply, according to the opinion.

The darkness and lower temperatures of aquifers make them difficult environments for bacteria, and the soil effectively filters water of organisms, harmful chemicals, and minerals as water percolates through. Although the discharge in Maui was inadequately treated, high-quality wastewater treatment and natural processes can safely work in concert to allow high-quality effluent derived from wastewater treatment to be beneficially introduced into aquifers. No harmful pollutants need ever reach a navigable waterway.

Reusing wastewater makes sense, especially on islands and other freshwater-limited environments. Contact our experts to discuss how you can comply with Clean Water Act standards with Fluence’s sustainable technologies and solutions.