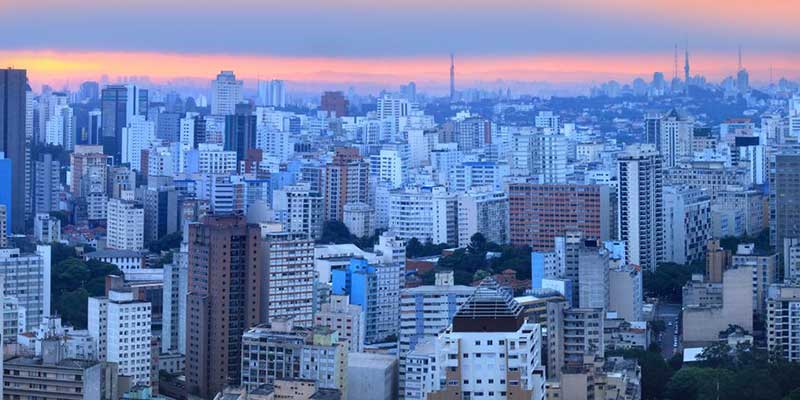 São Paulo in Brazil leads the BBC list of cities that are facing water crises.

Drought, pollution, and overpopulation add to the chance that taps will one day run dry

International attention has focused on Cape Town South Africa’s water crisis with the approach of “Day Zero,” when the taps of a modern city may for the first time run dry. Regardless of whether Day Zero comes or whether preparations will avert catastrophe, the specter of Day Zero has shattered the developed world’s sense of immunity from thirst.

But, Cape Town is far from alone among modern cities. Others have already had close calls, and more still face their own impending Day Zeros. Drought is just one of the factors leading to the cities’ predicaments. Others include infrastructure problems, climate change, overpopulation, water management issues, and pollution. Most of the cities face a combination of these factors.

São Paulo, Brazil, a city of more than 12 million residents, has the 11th largest GDP of any city in the world. In 2015, it narrowly averted its own Day Zero. The drought responsible for the crisis ended in 2016, but continued shortages are severe enough to rank the city at No. 1 in a recently published BBC list of cities facing their own Day Zeros. Although drought has been a major factor in the city’s water woes, the BBC also cited a “lack of proper planning and investments.”

Another city affected by drought is Istanbul, the capital of Turkey, which is in a state of water stress. In 2016, the per capita supply fell below 1,700 m3.

Coming in at No. 2 on the list is Bangalore, India. The city is a technology hub, and improvements to its antiquated water and wastewater infrastructures haven’t kept up with its rapidly increasing population. Pollution is also a problem, one shared by many other cities on the list.

Mexico City, with a population of 21 million, already is experiencing shortages. With no water recycling, the country already is importing a great deal of water, but is losing as much as 40% of it through leaking infrastructure.

China is home to more than 20% of the planet’s population but has access to only 7% of its fresh water. Severe pollution compromises what little water is available. In 2014, the average citizen of Beijing used less than 15% of the water volume than would meet the World Bank’s definition of “water shortage.”

Water management plays a key role in water scarcity. For example, the annual rainfall of Tokyo is similar to that of Seattle, Washington, but because of the city’s reliance on surface water, a dry rainy season could quickly lead to problems with water availability.

London has a similar problem. Water shortages seem counterintuitive when we think of rainy London, but in fact the average annual rainfall is only 24 inches, or about half of New York’s average. About 80% of the city’s water supply is drawn from the Thames and Lea rivers. Overpopulation also is a factor: The Greater London Authority says the city is near capacity and will probably hit supply difficulties by 2025 and major shortages by 2040.

The Nile River, which passes through Cairo, is the source of 97% of Egypt’s water, but the river is becoming increasingly polluted by untreated residential and agricultural waste, leading to a high death rate from water pollution-related causes. Also, Egypt is on the brink of war over Ethiopia’s damming of the Nile. The United Nations estimates Egypt is poised for water crisis by 2025 as the seven-year process of filling the dam cuts Egypt’s water supply by 25%.

Moscow is dependent on surface water, but official sources say as much as 60% of Russia’s surface water is not fit for consumption, mostly due to pollution caused by Russia’s Soviet industrial past.

Because Jakarta, Indonesia, does not adequately supply piped water to residents, the underlying aquifers have been severely depleted, leading to ground subsidence and saltwater intrusion. The World Bank estimates that 40% of the city has sunk below sea level as sea levels rise. So much concrete has been used to pave the city that the aquifers are not recharging, even when it rains heavily.

Miami is another victim of saltwater intrusion. Its Biscayne Aquifer was contaminated after a swamp was drained in the early 20th century. With rising sea levels, seawater is again finding its way past recently constructed subterranean barriers.

Scott Moore of the Washington Post warns that the price of inaction is high and traditional technology may not be enough. But the technology to establish more efficient, scalable wastewater treatment and desalination may help solve these metropolitan shortages through aquifer recharge, waste-to-energy solutions, non-potable reuse, and even direct potable reuse. As Cape Town has learned, putting off water infrastructure development can bring even a major, modern city to the precipice.

The BBC list of cities facing water crises is: