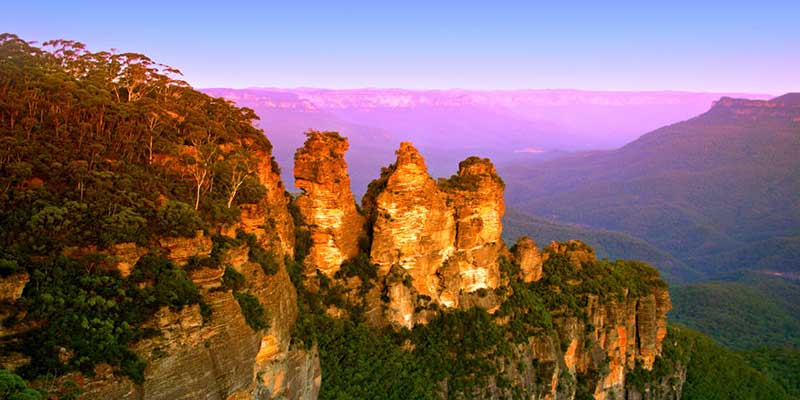 Continued greenery due to sporadic rain has lulled some Australians into complacency about the gravity of current drought conditions.

As reservoir levels drop at an alarming rate, desalination and water reuse are taking their place next to water conservation

In New South Wales, Australia, the city of Sydney’s water authority recently reported that water levels across 11 dams in and around the city are dropping faster than they have in decades. If the drought doesn’t lift soon, water restrictions will go into effect, the report warned.

But even with the eight hard years of the Millennium Drought fresh in memory, 62% of Sydney’s population still does not even realize that drought has returned.

Not only were Sydneysiders largely unaware of the drought, the report said that those who were aware but who lived near green spaces tended not to believe the drought would affect them. Catherine Port, Sydney Water’s executive drought lead, explained that the lack of public awareness or concern comes from the appearance that all is well. Heavy rainfall in March kept the city green even as reservoir water levels crashed. But Port warned that the lush appearance is deceiving, and that in reality it would take a deluge to make up for the two previous years of scant precipitation.

The Bureau of Meteorology, meanwhile, has discouraged any hope of significant rainfall. Beginning in April 2017, reservoir water levels dove from 96% to just above 55% and continue to fall by 3 billion gallons, or 0.4%, each week.

NSW Water Minister Melinda Pavey has announced that Water Wise Rules, including shortened showers and mandatory plumbing leak repairs, apply in Sydney, the Blue Mountains, and Illawarra. Level 1 water restrictions will kick in when levels drop to 50% of capacity. Hosing hard surfaces will be banned, and garden watering will be restricted to between 4 p.m. and 10 a.m.

For the first time since the Millennium Drought, Sydney’s massive Kurnell desalination plant was restarted in January when dam levels dropped to under 60% of capacity. To keep it running at full capacity, however, will increase average household costs for water by AU$130 annually. Over the next decade, Australian water costs are likely to double.

The government has called current climatic conditions “unparalleled in the observed climate record.” While more than 99% of NSW is in the middle of a drought, floods have damaged large swaths of Queensland, and since then, bushfires and cyclones have wrought havoc in several states. One farmer is said to have lost 70% of his crop in three days recently, and massive fish kills have caused concern in NSW.

Drought awareness may be below optimal levels in Sydney, but the agricultural sector is already well aware. GrainCorp, Australia’s largest listed bulk grain handler, has reported worse-than-expected half-year losses after the drought withered crops in one of the top grain-exporting regions of the world.

Australian Cattleman Will Graham remarked that with extreme weather events like the drought, climate-change awareness is arising in some unexpected quarters. He said:

Five, 10 years ago, no farmers would’ve believed in climate change — they were saying these are just weather cycles. Now they accept it, they talk about it — and they want action.

Voters from conservative, rural districts in Australia have recently been speaking openly about climate change and even attending protests. One poll showed that more than 60% of Australian voters believed climate change to be the most critical threat to Australia in the coming decade, while almost as many thought the government should do something about global warming even if doing so comes at a significant cost.

Preparing for the Future

While water conservation is being emphasized as a way to deal with the drought, other strategies can help Australia make the most of its water resources. Fortunately, Australia is no stranger to water reuse. For instance, in Sydney, treated sewage system effluent from plants serving more than 100,000 residents flows into a catchment upstream from the enormous Warragamba Dam, which supplies water for the city. And, recycled water can be used for agricultural irrigation.

Desalination is another solution long embraced in Australia. But there are drawbacks. The huge Kurnell desalination plant, built near the end of the Millennium Drought, sat idle for many years until being reactivated, at a high cost to ratepayers.

Interest is growing in more agile alternatives to mega-infrastructure, such as decentralized treatment, which focuses on localized treatment at the point of need. This approach offers more flexibility when it comes to dealing with the cyclical nature of climate patterns.

With new awareness of the need to prepare for an uncertain water future in Australia, it will be interesting to see how such a water-savvy country rises to the occasion over the coming decades.