2016: The Year of Brackish Groundwater in Texas 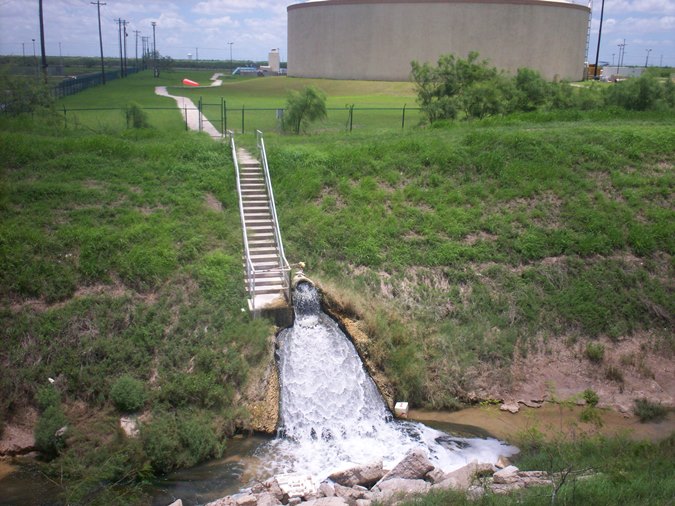 If there were a theme for the State of Texas in 2016, it would likely be “The Year of Brackish Groundwater.” Agencies have been focusing their attention on the importance of the dwindling natural resource:

The State of Texas has abundant water underground, which includes 880 trillion gallons of primarily brackish groundwater. The volume of this resource is approximately 90 times greater than the 31.3 acre-feet of maximum capacity in surface reservoirs around the state, according to The Fort Stockton Pioneer.

What Is Brackish Water?

Brackish groundwater is water that is more saline than fresh water and not quite as saline as seawater. It may result from the mixing of seawater with fresh water, as in estuaries or other watery ecosystems, or it may occur underground in brackish fossil aquifers.

The U.S. Geological Survey does not have a specific designation for brackish water. In 2014, Texas officials sought to define “brackish” as a part of efforts to better conserve those supplies. Lawmakers wanted it be defined as any water with a level of Total Dissolved Solids between 1,000 and 10,000 milligrams per liter.

There’s an interest in finding alternative water supplies. […] Freshwater is becoming more scarce. […] A national study will not be able to address sustainability questions. What happens if we use this resource? What will the effects be on other wells?

There are now 46 inland brackish water desalination plants in Texas. 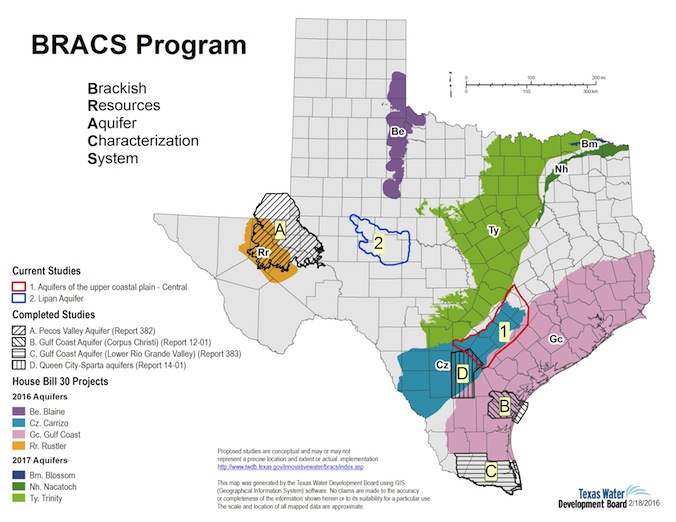 To better understand the resource, the Brackish Resources Aquifer Characterization System (BRACS), was established by The Texas Water Development Board in 2009. The program is making a detailed assessment by mapping and modeling the groundwater resources across the state. At least 26 of the state’s 30 aquifers reportedly have significant brackish water available. The work being planned also includes developing tools designed to help communities assess the viability of local brackish groundwater supplies.

The state has completed four aquifer studies, with another two underground areas being assessed. This includes mapping and assessing the structure and water assets in Central Texas — the Wilcox, Carrizo, Queen City, Sparta, and Yegua aquifers and the adjacent areas — and the extremely depleted Lipan Aquifer, which spans roughly seven counties in the Edwards Plateau, a region that includes the city of San Angelo.

Texas House Bill 30, passed in 2015, tasked the state water board with identifying and designating “brackish groundwater production zones” in four aquifers by Dec. 1, 2016, allocated $2 million in funding. The agency must determine how much water might be safely pumped from underground within 30 and 50 years without polluting or depleting nearby water sources. The legislation directed The Texas Water Development Board to study the rest  of the state’s aquifers and report back to the legislature by Dec. 1, 2022.

In a February 2016 piece on its website, the Texas Water Development Board said:

With time the TWDB will come to know the intricacies of all the aquifers and determine how this vast water resource can serve as a water supply for Texas. Through BRACS and the direction given by the legislature, the TWDB is one step closer to understanding the complexities associated with the state’s brackish groundwater supply. That understanding is key to developing another sustainable and reliable water source for Texas.

Photo and BRACS graphic courtesy of the Texas Water Development Board.